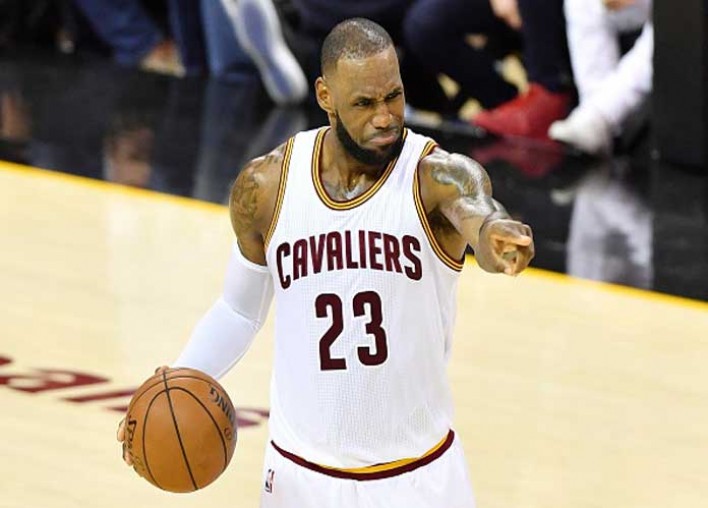 Watch: LeBron James Takes A Stand For ‘Equality’ With Black And White Sneakers

LeBron James has already demonstrated several times he’s not afraid to take a stand against injustice of any kind, and now The King has made a statement once again.

The Cleveland Cavaliers star chose to wear mismatching sneakers — one black, one white — for his team’s 106-99 victory over the Washington Wizards in D.C. on Sunday. Emblazoned on the heel of both shoes was the word “Equality” in gold letters.

James added that a Nike representative hand-delivered the shoes to the Cavs’ locker room before the contest. He changed out of the statement shoes at halftime.

On opening night against the Boston Celtics, James donned a similar type of footwear: the LeBron 15 Equality PE. They served to show his support for the NFL players who had been rebuked by President Donald Trump for their decision to protest the national anthem. James said then that he simply wanted to “keep the conversation going.”

James has more directly slammed Trump before. After Steph Curry announced in September he had no desire to visit the White House, a trip his Golden State Warriors earned upon winning the NBA championship in June, Trump attacked the two-time MVP — another vocal opponent of the President — and said he was no longer invited to his residence in Washington, D.C.

James replied to Trump’s tweet about Curry by calling the former Apprentice star a “bum,” before adding “Going to the White House was a great honor until you showed up!”

The Cavaliers (23-8, 2nd in Eastern Conference) next visit Milwaukee on Tuesday night.

CLEVELAND, OH – MAY 21: LeBron James #23 of the Cleveland Cavaliers reacts in the second quarter against the Boston Celtics during Game Three of the 2017 NBA Eastern Conference Finals at Quicken Loans Arena on May 21, 2017 in Cleveland, Ohio.