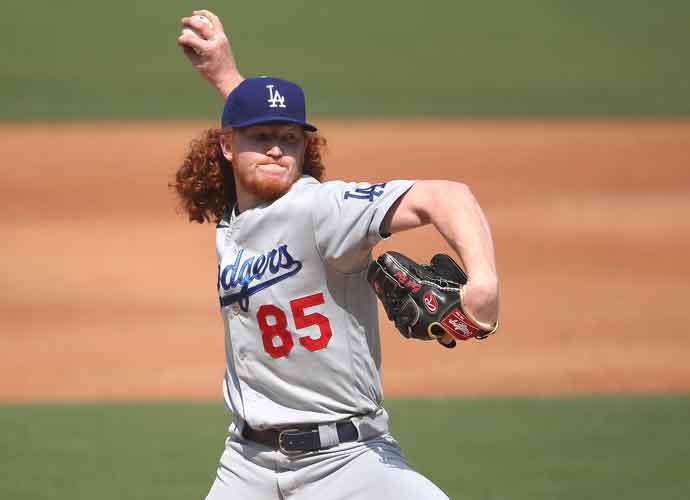 SAN DIEGO, CALIFORNIA - SEPTEMBER 16: Dustin May #85 of the Los Angeles Dodgers pitches during the fourth inning of a game against the San Diego Padres at PETCO Park on September 16, 2020 in San Diego, California.

With their 7-5 win over the San Diego Padres on Wednesday night, the Los Angeles Dodgers became the first team to secure a playoff spot in the shortened MLB season with a record of 35-15, the best in the league.

Dave Roberts, manager of the Dodgers, told reporters that the team was not fully aware that this game was the one to clinch a playoff berth for them. “I’m celebrating by saying I’m proud of our guys and it was a great series,” Roberts said. “I think it caught us all by surprise because we were so focused on trying to win this series. I think word will travel once we get on the plane.”

Ironically, the Padres are second in the national league with a 32-19 record and are three and a half games behind the Dodgers. If both teams keep up their stellar play, then they could possibly meet in the playoffs in the form of the NLCS.

Pitcher Dustin May, who threw five and a third innings in the Dodgers’ win, said that he was excited to clinch a playoff spot, but there was no celebrating just yet. “No. We’re not allowed to,” May said, but clinching a postseason spot “is something you grind for the whole season.”

This serious approach is understandable after the Dodgers have come so close to winning it all so many times, let’s just hope they can maintain this play into the postseason.