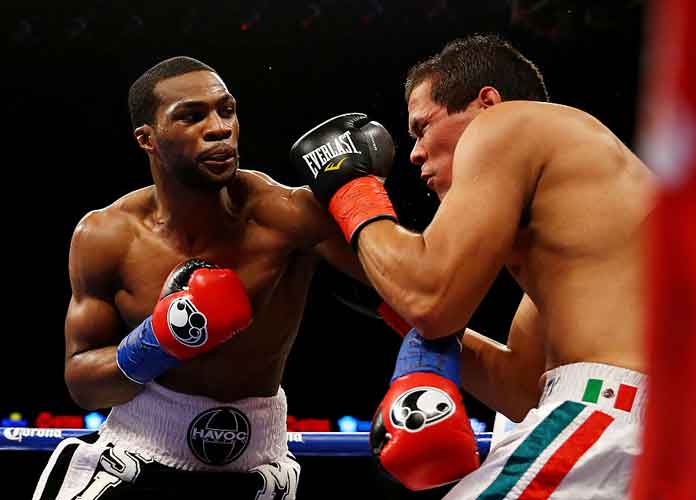 Marcus Browne on Role Models, Being an Olympian… by uSports
Light heavyweight boxer Marcus “Sir” Browne may be undefeated after 20 career fights and boast 15 knockouts, but he is still looking to improve his performance everyday.

The 26-year-old southpaw and Staten Island native discussed who inspires him the most, his experience as a U.S. Olympian in 2012, and his goals among other things in an exclusive interview with uSports.org ahead of his July 15 light heavyweight fight against Sean Monaghan (28-1, 17 KOs), at the Nassau Veterans Memorial Coliseum in Uniondale, New York.

“My goal at this point in my boxing career is to become a world champion and by the grace of God I hope it happens after we take care of business this Saturday night,” said Browne, referring to his bout against Monaghan. “We’ve won everything on every level besides win an Olympic gold medal, but just making it there, that was a dope thing. Now it’s time to just do it at the highest level.”

Browne defeated Monaghan by TKO on July 15 to hand the Long Island native, ranked No. 6 by the World Boxing Organization (WBO) his first career loss. The 6-foot-1, 175-pound Browne knocked out 35-year-old Monaghan (5-foot-11) 2:20 into the second round after securing a knockdown in Round 1. The match was a co-feature with a junior middleweight matchup between Omar Figueroa (26-0-1, 18 KOs) and Roberto Guerrero (35-5-1, 18 KOs) as the main card of the Premier Boxing Champions event.

Monaghan and Browne are reportedly friends, although they set that aside for their matchup at Nassau Coliseum.

Browne says he doesn’t like to call the people who influence him “role models.” He has a less grandiose way of referring to these figures.

“I don’t really have role models. I have motivators, people who motivate me, especially the guys I went to the Olympics with,” said the southpaw before listing his teammates from the 2012 Games in London. “Errol Spence, [Joseph] ‘Jojo’ Diaz, Rau’shee Warren, Michael Hunter, those guys motivate me.”

Browne said only one famous athlete merits the title of “role model” for him: LeBron James.

With regards to his favorite memory from his time in the Olympics, Browne said the free stuff his team received, particularly the food, stood out the most.

“My fondest memory was all that free stuff that we got,” he said with a laugh. “The free food, especially now that I can’t eat, and just being at the top level of your sport, knowing that you’re the best in your country from your weight class, representing. That was an amazing feeling.”

“The whole experience was a once-in-a-lifetime thing and I hope I can be able to tell my kids one day, ‘your dad was this’ and ‘your dad was that,’ without any other parent in the class being able to say that.”

Browne made his professional boxing debut at the age of 21, on November 9, 2012 against 33-year-old Codale Ford (2-0) in a scheduled 4-round bout. Browne won the fight via technical knockout in round 3.

There is no word on when or who Browne will fight next, although he recently tweeted that he would be available to meet fans at the July 29 fight between Ardrien Broner and Mikey Garcia at the Barclays Center in Brooklyn, New York.

Boxing fans: don’t miss your chance to meet me @BarclaysCenter on 7/29 during #BronerGarcia. Message me for ticket information!