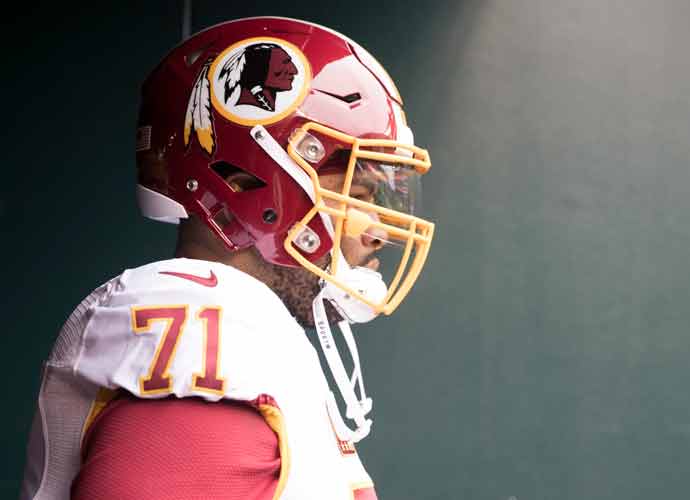 PHILADELPHIA, PA - DECEMBER 11: Trent Williams #71 of the Washington Redskins walks onto the field prior to the game against the Philadelphia Eagles at Lincoln Financial Field on December 11, 2016 in Philadelphia, Pennsylvania.

The NFL schedule has been released and with that, it means that fans can start buying tickets for the 2020 season. Over the course of the last few weeks, we here at uSports have been dissecting the regular season schedules of each NFL team, and telling you what games we think you are going to want to attend.

With things up in the air regarding the Redskins’ team name, it will be interesting to see what they will ultimately go with. The Redskins have not been good for a long time. They made the playoffs twice in the last ten years, doing so in 2012 and 2015, but got bounced in the first round both times in games that were really not all that close. Last season was no different, as the Redskins went just 3-13, which earned them the second pick in the 2020 NFL Draft, where they selected Chase Young out of Ohio State. It seems that there is a new regime coming to the nation’s capital, with Young, quarterback Dwyane Haskins and wide receiver Terry McLaurin being the nice young faces of the franchise for this team. Ron Rivera, after all the success he had in Carolina, steps in as the new head coach of this team which I am really excited about. The offensive line did lose Trent Williams in a trade this offseason, but there are still some nice pieces on that unit with guys like Brando Scherrff and Morgan Moses. The running game is poor, and we hopefully will see if Derrius Guice can finally live up to all the hype. The Redskins’ success in 2020 will most likely come on the defensive side of the ball. In addition to Young, there is also Ryan Kerrigan, Jonathan Allen, Daron Payne, Thomas Davis Sr., Reuben Foster, Kendall Fuller and Landon Collins. All of these guys are extremely talented and with a defensive minded coach like Rivera, he can take this group to new heights. Davis is also the old guy on this defense and played for Rivera in Carolina, which could prove to be good in terms of locker room culture. The thing for the Redskins is that they still have a long way to go. I don’t think Haskins is the quarterback of the future, and no one should expect this team to make the playoffs. They will probably finish last in the NFC East once again. For fans of the Redskins, here is what I will say, they are not building for 2021, they are building for sustained success from 2025-2030. Be patient with this team.

Looking at the Redskins’ schedule for 2020, I am not very optimistic about how this team will do this season. I do think that the Redskins can surpass their win total from 2019, but not by much. Looking at the games prior to their Week 8 bye, the Redskins have some tough games against the Eagles, Cardinals, Browns, Ravens and Cowboys. I don’t see the Redskins winning any of those games barring something flukey. I can see them winning their games against the Rams and Giants, I wouldn’t bet on it. After their bye, there are definitely some more winnable games, including the Giants at home, as well as the Lions, Bengals, and Panthers. These will be great litmus tests for the Redskins and their future. If they get blown out in any of these four games, it will show that there is a lot more work left to do but if they win, it shows that they are on the right path. The Redskins will also play the Cowboys, Steelers, 49ers, Seahawks and Eagles, which will most likely not be wins, especially during that three week stretch from Week 12 to Week 14 where they will play all three of those games on the road. The opportunity is there for the Redskins to take steps forward for the future, but there are also opportunities for them to take steps backward.

I am going to be honest, I will not be flocking to a Redskins game in 2020 because I am not uber excited about this team. There are, however, some games on the schedule that catch my eye, and I will be paying attention to them. Here are the five Redskins games I think you should attend in 2020:

Starting with Week 1, the Redskins at Eagles always play competitively, and being that this is the first week of the year, this could be a game that the Redskins could steal from their division foes, especially since this game is at home. It will also be a nice litmus test for the Redskins to see how much they are buying into Rivera’s system. Week 5 against the Rams. I think the Redskins can win this game. Jared Goff I think will be flustered by the defense and I think that this could be a game where Guice, or whoever the Redskins running back is, can thrive especially since the Rams were toward the bottom of the pack in rushing yards allowed per game in 2019. The Giants in Week 9, another rivalry game and one the Redskins can definitely win. Young will get the opportunity to go up against Andrew Thomas, the Giants’ rookie offensive tackle. Last season, the Giants had four wins, two of which came against the Redskins. This game should be uber competitive and I am excited to see what happens. Week 12 against Dallas. This game will be played on Thanksgiving, and is one of the few national TV games the Redskins will have in 2020. Similar to the Eagles in Week 1, the Redskins could pull a fast one on the Cowboys and win this one and greatly impact the NFC playoff picture. This is also the start of that three week stretch of road games for the Redskins so it would be nice for them to get off to a good start with this game. Finally Week 16 against Carolina. Both of these teams are more likely going to be at the bottom of their divisions, instead of fighting for a playoff spot, so this game could greatly impact draft position, similar to the Redskins’ Week 16 matchup against the Giants last season. Also this game will feature some of the games bright young stars in Haskins and McLaurin for Washington and Christian McCaffery and DJ Moore for Carolina.