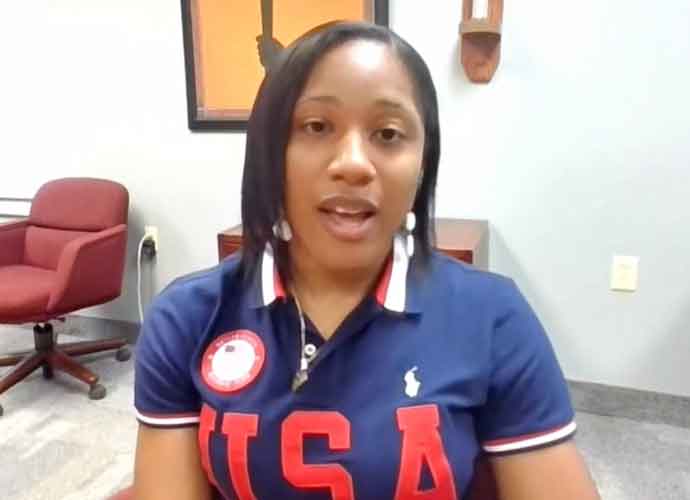 VIDEO: US Olympic Bobsledder Sylvia Hoffman On Qualifying For Olympics

Team USA bobsledder Sylvia Hoffman is ready to compete at the Beijing Olympic Games. She believes that persistence is the main reason that she has made it this far.

“I know it’s pretty difficult coming into a different sport, especially not doing any sprinting over the last eight years but I set plans and goals for myself, some milestones every year for me to achieve and surpass, and each year I’ve been able to work my butt off and really just achieve those things,” she said. “So it’s just been one year after another a grind session lot’s of teamwork, commitment, and just learning something new every day.”

Hoffman has competed in multiple sports throughout her life but has now entered her fourth year of bobsled, and is excited to be able to compete in the Olympic Games.

“I’m just making sure that I have my head on straight, physically and mentally prepared to just handle this entire season,” she said. “This is the biggest year of the quad, the Olympic year, so I’m just trying to make sure I’m putting everything that I’ve been doing together over the last three and a half to four years.”

Read more about:
2022 Beijing Olympics Slyvia Hoffman Team USA
Listen to the uInterview Podcast!
Get the most-revealing celebrity conversations with the uInterview podcast!