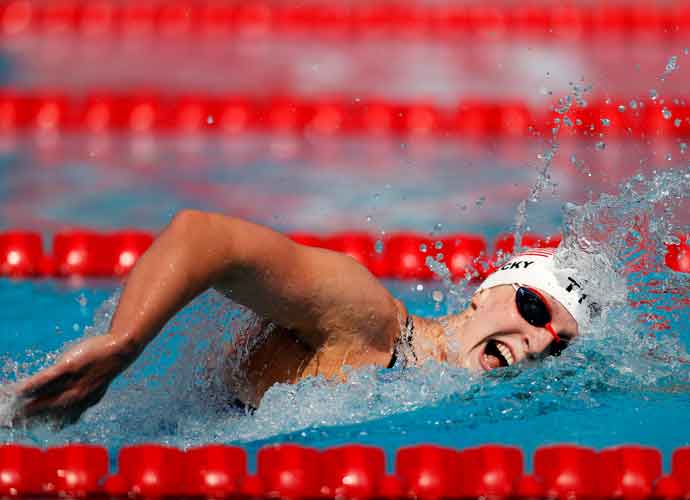 U.S. Olympic athlete Katie Ledecky is an incredibly well-accomplished swimmer, medaling six times during her career. One of the sources of her motivation to perform at an elite level has come from the motivating words of Kobe Bryant, which she recalled fondly at the Team USA Media Summit.

While she did not explicitly recall the more nuanced details of her conversation with Bryant, Ledecky nonetheless remembered the crux of Bryant’s advice to her.

While she was caught up in the moment of receiving a prestigious award, Ledecky recounted how Bryant’s words were on-brand for the notoriously competitive basketball superstar.

“I remember the message was super encouraging and a keep at it message, a ‘keep doing what you’re doing, keep working hard.’ Obviously, that’s kind of his M.O., working hard, and that was the message he gave to me and a couple of the other athletes that were backstage at the time.”

Ledecky extended her thoughts further, discussing how Bryant and other basketball players have come to support their events at the Olympics. She hoped that this type of connection extends to other sports in the future.

“USA Swimming has always really appreciated the support of the men’s basketball team at the Olympics,” Ledecky said. “They typically come to at least one of our sessions at the Olympics… We’ve always had fun seeing them at our races. I remember in Rio they came for my 200 free and that gave me a little extra motivation to have a good race, and hopefully, we will still have that kind of camaraderie with the other sports in Tokyo as well.”