VIDEO: Professional Ski BASE Jumper Matthias Giraud On His Thoughts While Airborne - uSports.org 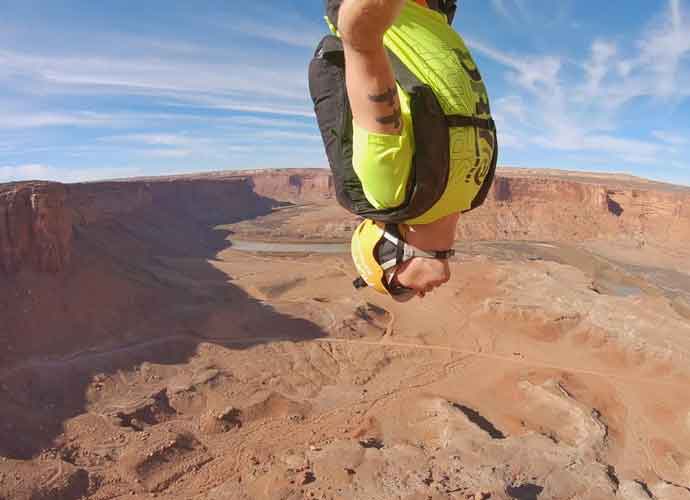 VIDEO: Professional Ski BASE Jumper Matthias Giraud On His Thoughts While Airborne

Professional skier and BASE jumper Matthis Giraud isn’t just an athlete. He is also the star of the documentary Super Frenchie, which was released to the masses on June 4. Super Frenchie takes an intimate look at the life of Giraud and his growing family as he attempts to find a balance between his passion for adventure and his wife and son. The film follows Giraud as he attempts very dangerous stunts in mountain ranges all over the world. The stakes are raised when a catastrophic accident nearly killed him just before the birth of his son.

One has to wonder what goes through his mind when he’s flying through the air off some of the highest cliffs in the world. Does he get nervous? Anxious? Excited? Giraud answered that question in an exclusive interview.

“So it’s interesting. To backtrack a little bit, while I enjoy the rush, I think it’s fun, but I don’t consider myself to be an adrenaline junkie or daredevil because it’s not what I really seak at all when I do this,” Giraud told uSports editor Matt Brandon. “It’s almost kind of a hindrance when you get all amped up. Through the execution of a jump, I actually reach the highest state of serenity and awareness while highly stimulated all at once. It’s almost a very potent and heightened version of yourself. I feel like it’s when I truly feel my highest level of being.”

Despite a near-death experience, Giraud is still skiing and BASE jumping and has no intentions of stopping. Nothing else in the world brings the Oregon-based athlete the solitude that this sport provides. Giraud still has a lot left that he would like to achieve in his lifetime.

Check out Super Frenchie in theaters today or on demand.