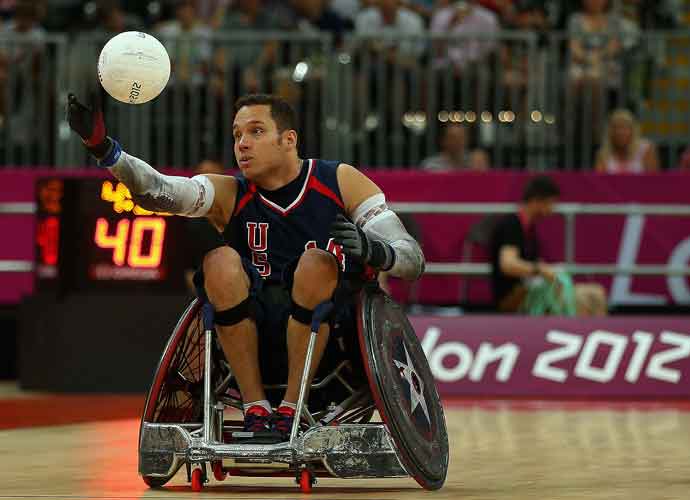 LONDON, ENGLAND - SEPTEMBER 09: Joe Delagrave of the United Statesd in action during the Bronze Medal match of Mixed Wheelchair Rugby against Japan on day 11 of the London 2012 Paralympic Games at Basketball Arena on September 9, 2012 in London, England. (Photo by Mike Ehrmann/Getty Images)

Star wheelchair rugby player for the United States Olympic team Joe Delagrave has had an unconventional path to the upcoming Tokyo games. He believes that this path, though, has built critical leadership and camaraderie-building skills that will greatly help Team USA achieve victory in their matches.

“In 2012, obviously being a rookie player and going and having success and then in Rio not making the team, one of the things I’ve focused on is how to be a better teammate and how to be a better leader,” Delagrave said. “I think a lot of times with leadership, we think ‘oh you’re a good leader if you win,’ but I think doing that foundational stuff, being able to build up other players within our program and other teammates is just as important [as] what the scoreboard says at the end of the game, that we’re building up a program that loves each other that talks about stuff off the court, so when we’re on the court we can direct communication in a very direct way and be able to speak short with each other because we know it’s rooted in love. So I think that’s one of the things that I’ve learned along the way and just excited to see what that chemistry does in Tokyo.”