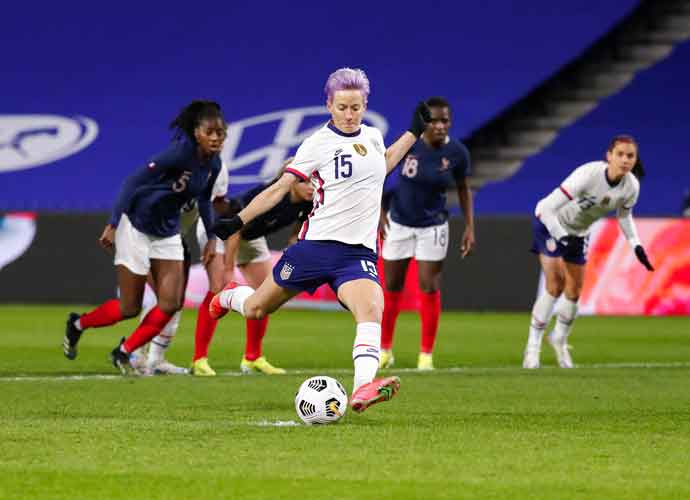 The Tokyo Olympics Games are going to be a very different experience than any other Olympic Games for athletes gearing up for this summer. The United States Women’s Soccer Team is used to having an incredible amount of fans and support when they take the field. However, that won’t be the case this year, as Americans are not permitted to travel to Tokyo. The team will not be playing in front of a crowd cheering them on. In fact, as perennial favorites, the fans who are allowed to attend the games may be envious of the Americans’ past success and boo them.

“Of course we want to have our friends and family there to feel that support, but we feel that support no matter where we are,” said Becky Sauerbrunn. “Like, we are a traveling circus. We are always away from our families and partners. We’re kind of used to that feeling. Of course it’s incredibly sad that we won’t have that for us in Tokyo… But it is all business for us. We will miss them; we will also feel their support from back in the states. And the most important thing is that everyone stays safe throughout this entire Olympics.”

Of course, Sauerbrunn is correct. The most important thing is that everyone is safe. That being said, it will surely be difficult for the United States Women’s Soccer Team to get down to business as usual during such unprecedented times.

“There’s going to be a lot of different challenges,” Megan Rapinoe said. “All of the different safety measures and protocols that will undoubtedly be in place will just be sort of another thing that we have to think about and another thing that our amazing support staff has to organize around. It will probably affect them more than it will affect us to be honest. They do such an amazing job at making sure that the only thing that we have to do is focus on playing.”

The United States will face Sweden, Australia and New Zealand in the group stage of the Olympic Games.