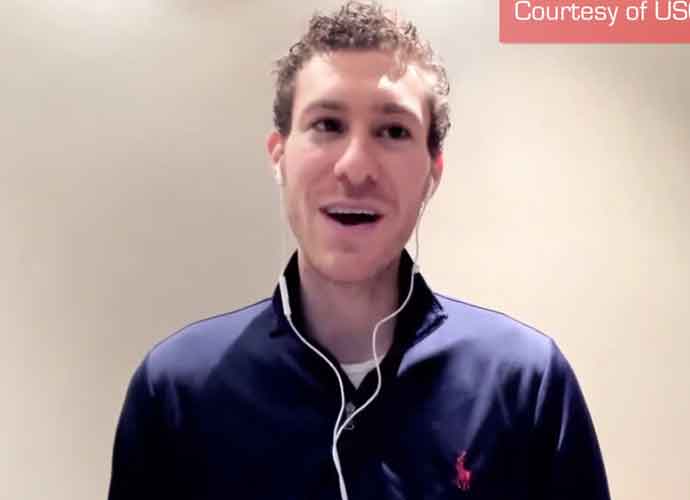 Jason Brown, 27, is an American figure skater. He became one of the youngest figure skaters to win a medal after Team USA won bronze in the team event in Sochi in 2014. After failing to qualify for the 2018 Olympics, Brown was burnt out. In the last four years, he has been through a personal journey, coming out as gay last June. He uses his platform to voice his support of love in all forms. During the last few years, he also re-fell in love with skating and the process that got him to Sochi. Now, he’s back and looking to add another medal to his collection in Beijing.

When asked if he felt compelled to make a statement about being a gay athlete competing in China, Brown made it clear that he’s focused on skating, “Yeah, I think for me our sport is such an incredible outlet of expression, and so how we express ourselves through music and our program is so important to what makes skating so special. It’s an art form. So for me, I put everything out there in my performances. I hope I can take that to the biggest stage in Beijing and lay it all out on the ice. That’s really where my head is at when it comes to your question.”

Brown shared a bit of insight into what his last four years have looked like.

“Making an Olympic team as a teenager was so exciting, but it just happened because I was in the day-to-day and unfolded the way it did,” he said. “After that 2014 team, I had this hyper-focus of, ‘I need to make another Olympic team.’ Whether it was to prove myself, or whether it was nothing will ever amount to that experience … that’s where my head went instead of the day-to-day process. It went to ‘Oh my god I have four years. I need to better myself. I need to be on that Olympic team to prove myself.'”

“I lost myself in that process,” he continued. “I lost my love for the sport and I definitely felt burnt out four years ago. I didn’t have a direction. I felt like I had more inside of me, but I didn’t know why I wasn’t able to perform at the level that I wanted to. After the 2018 U.S. Nationals, missing the Olympic team and being the first alternate … for me, that was rock bottom. It sent me on this trajectory to break all the barriers and all the rules I had set for myself to figure out who I was, and to rekindle my love for a sport that I knew I loved so much but had lost some of that love. So that’s been the last four years. I changed a lot of my training. I moved countries to train … just really trying to figure out who I was in the sport and really trying to push myself. It’s been a journey, but the love is there. Coming into this final stretch, I’m energized more than ever before and enjoying the process.”