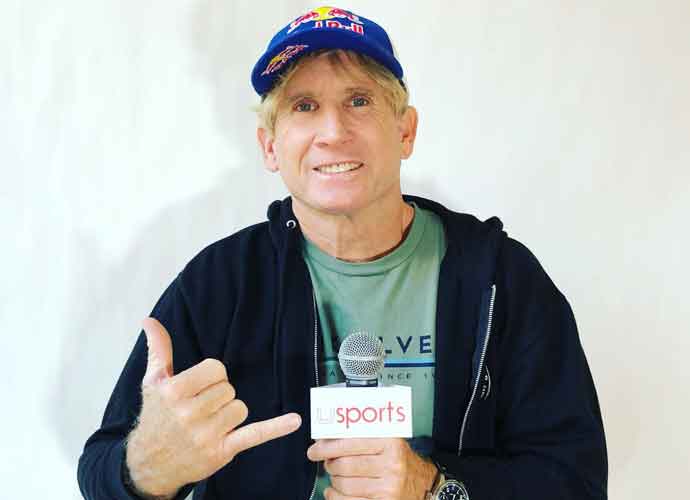 Robby Naish had a long and arduous journey toward riding the longest wave he has ever ridden in his life.

The 24-time water sports world champion — who has competed in sports like windsurfing, kitesurfing, hydrofoil surfing and stand-up paddling — spoke to uSports exclusively about his experiences, struggles and injuries and how they are portrayed in the Red Bull Films documentary The Longest Wave. Naish, 56, revealed one particularly horrific injury that proved to be a major setback for him, as it was his first one in 40 years of competing professionally and sidelined him for six months — the longest stretch he has ever gone without participating in any water sports. Naish shattered his pelvis during a kitesurfing photo-shoot.

“I landed really hard and fast,” said Naish of the injury, which delayed the shooting of The Longest Wave. “One foot went with the board, one foot stayed in the water and slipped off the back of the board and I basically broke myself in half.”

“I had what’s called an open-book fracture of the pelvis,” he added before revealing that he has a titanium plate in the front with four screws to hold his pelvis together.

The injuries didn’t stop there for Naish, however. Exactly one year after he broke his pelvis, he fractured the metatarsals in his right foot during the same type of photo-shoot and was sidelined for roughly seven months.

Naish went on to explain that his struggles while shooting The Longest Wave were compounded by other personal setbacks like financial issues and his divorce, which lasted roughly the four-year span it took to make the film.

“You get to a point in life where time becomes a real commodity,” said Naish.

The windsurfer also said he hopes the documentary shows another side of him and is inspirational and relatable to people of all ages. He also said he hopes that the film both encourages young aspiring athletes to follow their dreams and emphasizes the importance of having fun in old age.

“You don’t always have to grow up to grow old,” he added.

Naish explained how some of his longtime friends and members of his team who are featured in The Longest Wave — including Chuck Patterson —embody that trait of “having fun” just like he does.

“He’s now 50, but he still lives like a 21-year-old,” said Naish of Patterson. “Literally, he just wakes up in the morning and surfs and skis.”

What’s next for Naish? The water sports athlete said he hopes to improve his ability with hydrofoil surfing and raved about the equipment that is being developed for the sport, which is growing in popularity among surfers around the world.

“[It’s] basically like using the wind and the water-powered thing in its simplest form,” said Naish. “I’m really having a lot of fun with it at the moment.”

The Longest Wave was directed by Joe Berlinger and is now out after premiering at DOC NYC last month.