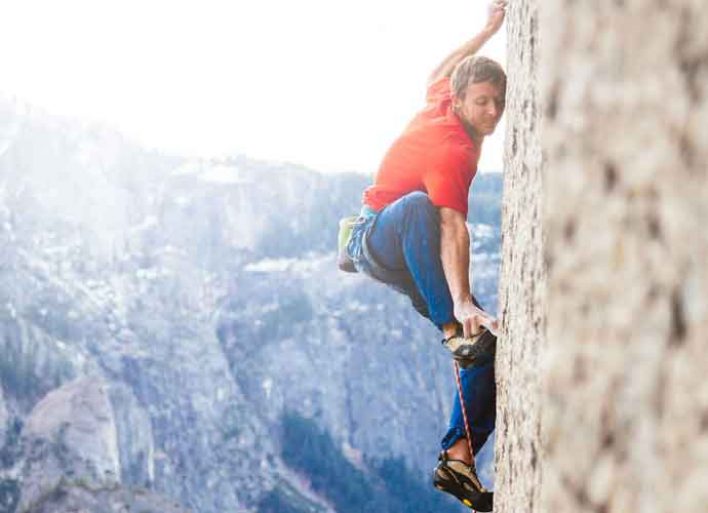 Tommy Caldwell on climbing the Dawn Wall of El Capitan

Tommy Caldwell spent a lot of time preparing to climb the 3,000-foot face of El Capitan in Yosemite National Park known as The Dawn Wall.

The 40-year-old Colorado native explained how he trained for this impressive feat, which he accomplished in 2015, in an exclusive interview with uSports. That journey is explored in the new documentary The Dawn Wall.

“The first thing I did was I brought a bunch of rope to the top of the wall and started rappelling down, swinging back and forth looking for the holds, the small little edges and bits of grit that you hang on to,” he said. “It’s a really blank wall, almost like a sheet of glass with these little imperfections in it.”

Caldwell compared the experience to climbing the Himalayan Mountains, in the sense that he and his friend Kevin Jorgeson had to set up little “camps” along the wall.

“You break up the climb into what we call pitches, so you stop every 100 to 200 feet and stop, you hold the rope or belay as your partner comes up and then you repeat that over and over again until you get to the top,” he added.

Caldwell — who started climbing at a very early age — and Jorgeson encountered many obstacles throughout their journey up The Dawn Wall, and not all of them were directly related to the physical size of the facade. Caldwell revealed that the skin of their fingertips would wear out after a while, although he explained that during colder seasons the human skin gets tougher and sweats less. Thus, the pair decided to climb El Capitan in January 2015.

“We had to deal with icefall and all sorts of other things,” said Caldwell. “We had to figure out ways to work around all that stuff. Living on the side of El Cap for 19 days is probably like being in a space shuttle: you have to figure out how to adjust to that environment and still perform athletically at your top level.”

Jorgeson and Caldwell spent seven years planning their route up The Dawn Wall, and admitted they repeatedly doubted themselves. At one point, Jorgeson got stuck in a difficult section of the facade and Caldwell was face with a choice: keep climbing to attain personal success or go back to help his friend.

“It was emotional, it was super stressful for Kevin, it was moving, and I think it just speaks to good values in a world that’s not always so positive,” said Caldwell. “This is such a positive story.”

Caldwell is convinced the experience made both him and Jorgeson stronger and more resilient in the end, as well as more optimistic.

“It wasn’t a horrible seven years, it was an incredible seven years,” he explained. “If you think about the process, it creates a sort of endurance, which can lead to your wildest dreams coming true.”

With regards to advice for new or aspiring climbers, Caldwell simply had one suggestion: hit a climbing gym.

“It used to be a sport for old, bearded guys who would hang out in the mountains alone, now it’s a better way to work out, it’s social and it’s fun,” he said. “You learn the skills that you can then take into the mountains and have these big adventures.”

The Dawn Wall is now in theaters and available on iTunes. 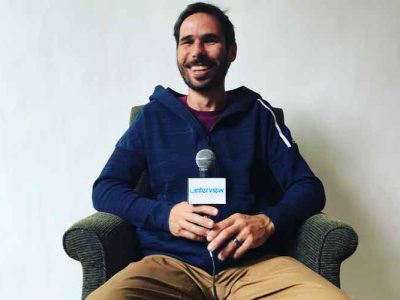