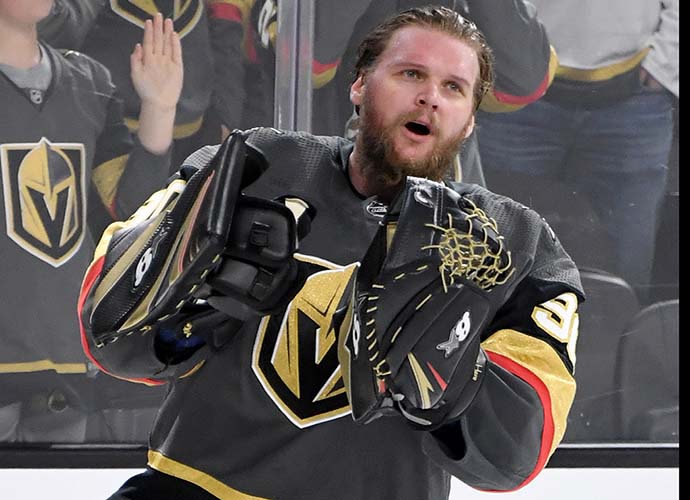 LAS VEGAS, NEVADA - MARCH 03: Robin Lehner #90 of the Vegas Golden Knights skates on the ice after being named the first star of the game following the team's 3-0 victory over the New Jersey Devils at T-Mobile Arena on March 3, 2020 in Las Vegas, Nevada. (Photo by Ethan Miller/Getty Images)

Vegas Golden Knights goaltender Robin Lehner has filed for Chapter 7 bankruptcy after he owed millions of dollars from his snake farm.

The Swedish native and his wife Donya made the filing following on December 30 with the District of Nevada.

Lehner’s liability ranges between $10 million and $50 million to lenders.

In 2017, rockstar Ben Renick agreed to sell his snakes, ball pythons and anacondas for $1.2 million to Lehner.

The deal required Lehner to make quarterly payments of $200,000 to Renick, who was murdered – his wife and Lynlee and her ex-boyfriend Michael Humphrey were charged with first-degree murder.

However, Renick Reptiles wound up suing Lehner in 2018 after he made only made one payment.

And later in that year, Lehner filed a counter lawsuit, claiming that the snakes “began breeding amongst one another in an unsupervised, uncontrolled manner” and that he took on millions of dollars in expenses.

The snakes lost allegedly lost value but it’s unclear by how much.

The legal battle continued into 2019 when Renick Reptiles claimed that Lehner “stole a collection” of both anacondas and pythons.

Lehner is currently sitting on the Golden Knight’s long-term injury reserve list due to a hip injury.

The team announced he will not play this season.

Lehner is under contract for the next two years after this one where he is due to make $6 million and $4.5 million.

The bankruptcy filing claimed that assets were estimated to be worth between $1 million and $10 million.