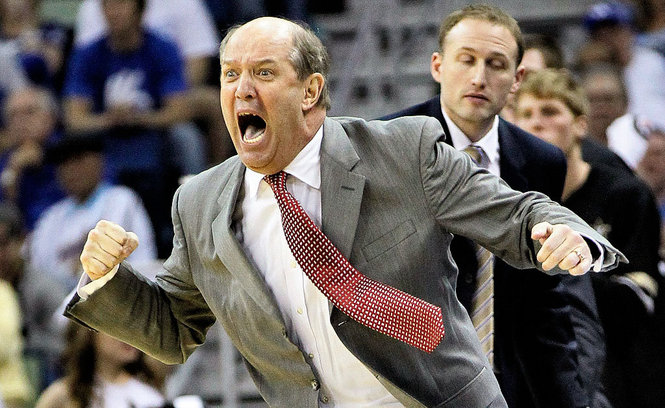 Vanderbilt head coach Kevin Stallings made a public apology for a postgame incident with player Wade Baldwin IV after the Commodores’ 73-65 victory over rival Tennessee. Stallings was caught on camera berating Baldwin and was heard saying “I will f—ing kill you” at one point of his tirade.

The incident occurred after Baldwin clapped in the face of Tennessee player Armani Moore. Stallings pulled aside Baldwin and berated him loudly. Stallings had allegedly had issues with Baldwin’s trash talking throughout the season, and in his postgame press conference he said Baldwin has “got some things to learn, some growing up to do if he’s going to play in this program.”

Baldwin seemed to have no issues with the incident, stating in a Tweet that “Coach Stallings is the best coach in America. I felt no offense to anything. We are both fiery people and that’s why I chose Vandy.”