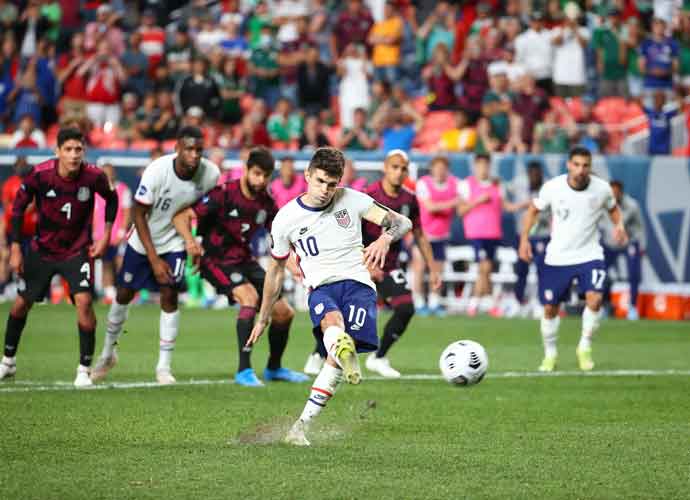 The CONCACAF Nations League is brand new and was created to provide more international competition. Thus, there is no historical significance and this competition lacks importance in comparison to other international competitions. However, this was not apparent as the US and Mexico battled for over 120 minutes in one of the most thrilling matches this rivalry has ever seen. This five-goal thriller represents a new era of American soccer as the young, promising team won their first trophy together. Injuries, early deficits, and a strong Mexican side were unable to overcome the talent and grit of the USMNT. The United States won 3-2 in extra time.

“Overtime was just a complete mess, to be honest. With everything that was going on, the guys still stayed cool, still were able to focus,” said coach Gregg Berhalter after the game. His words are applicable beyond time as the entire match was chaotic. In the first minute of the game, Mexico’s Jesús Corona capitalized on a US mistake to put Mexico up 1-0. In the 24th minute, Mexico’s Héctor Moreno scored a header off of a set-piece which was ruled offside by VAR. Just three minutes later Gio Reyna scored for the US to draw level. Diego Lainez put Mexico ahead in the 79th minute just a minute after being subbed on. A nervy US team finally equalized in the 82nd minute off of a header from midfielder Weston McKennie. Extra time was necessary and in the added 30 minutes a penalty kick was awarded to each side. The US struck first as Christian Pulisic buried his shot without hesitation. Fortunately for the US, Mexico’s Andrés Guardado was unable to convert his penalty kick as Ethan Horvath stood tall in the net and made the save, winning the game for the US. On top of the incredible action from goals, chaos came from injuries, altercations, misbehaving fans, and more.

Christian Pulisic, captain of the USMNT and scorer of the game-winning penalty kick, was the first to lift the trophy at Mile High Stadium in Denver, CO. Within the 10 days before this achievement, Pulisic was lifting the prestigious UEFA Champions League trophy. “It’s just a perfect way to end the year. I’m so proud of this group. We needed everyone today and it was a phenomenal performance,” said Pulisic in an interview with CBS.

Before this week, the USMNT had not played in a competitive match since the fall of 2019. After the game, coach Berhalter said, “We’re a young side, and we need to learn how to win. These games are very difficult, and for us it was about having a game plan, executing a game plan, but it’s also about the fight and the spirit. Give the guys a ton of credit for the way they hung in there and showed the heart of champions.”

This victory also set a much-needed new tone with Mexico. Mexico had seen great success in this rivalry in recent years. The US had not defeated them in a competitive match since 2013. In 2019 alone, the US lost twice to Mexico. With the victory, we have seen a coming of age for the USMNT.