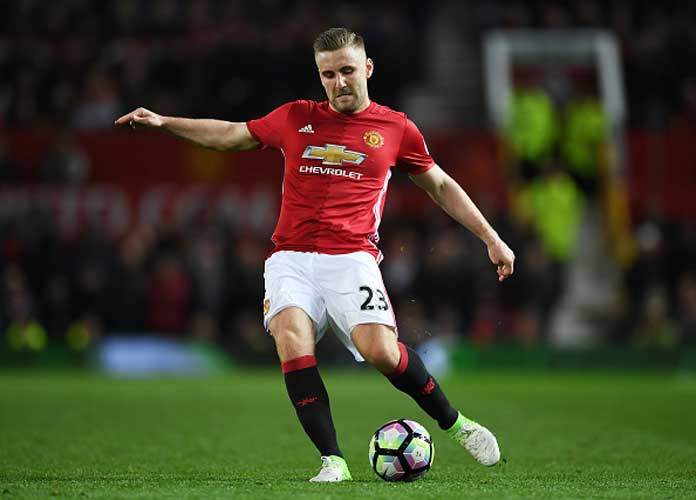 The Union of European Football Associations has announced that the Europa League final will still be held Wednesday in Stockholm despite the terrorist bombing at an Ariana Grande concert in Manchester late Monday.

The bombing — for which the Islamic State has claimed responsibility — left 22 people dead and 59 injured at Manchester Arena on Monday night to mark the deadliest attack on British territory since the 2005 subway bombings in London.

Manchester United and Dutch club AFC Ajax are set to face off in the Swedish capital on Wednesday (May 24) for the final. United defeated Spain’s Celta Vigo 2-1 on aggregate in the semifinals, while Ajax beat French team Lyon 5-4 on aggregate in the previous round.

UEFA, European soccer’s governing body, said in a statement that there was no credible evidence to suggest Stockholm — which was also struck by a terrorist attack in April — could be the target of a similar tragedy on Wednesday, but added that additional security precautions would be taken for the final at Friends Arena in Solna, Sweden.

“There is currently no specific intelligence which might suggest that any of the UEFA Europa League Final activities in Stockholm may be the target of attacks,” UEFA’s statement read.

“UEFA has been closely working with local authorities and the Swedish FA for many months and the terrorist risk had been taken into account since the very beginning of the project. Furthermore, a number of additional security measures were implemented following the attacks in Stockholm last April.

“Due to the tight security arrangements, UEFA urges fans to arrive at the stadium as early as possible, as detailed checks will be made at the entrances, resulting in potential delays in accessing the stadium.”

“It shocks me that so many innocent people lost their lives and I would like to send my condolences to the families of those affected.”

Ajax tweeted this message of support on Tuesday morning: “From Amsterdam with love to Manchester. Our thoughts are with the victims and the loved ones of those affected.”

From Amsterdam with love to Manchester. Our thoughts are with the victims and the loved ones of those affected.

“Our thoughts and prayers go out to all those affected, including our supporters, club staff and members of our community such as the children from our Manchester United Foundation partner schools who were attending the concert at the Arena,” the club’s statement read.

“Club staff are ready to help the police and other emergency services in any way that may be required at this challenging time for our city. Old Trafford’s Megastore, Museum, Red Cafe and Stadium Tour are all closed to the public today.”

The Red Devils’ players and staff also held a moment of silence at their Carrington training ground on Tuesday.

“We’re all very sad about the tragic events last night; we can’t take out of our minds and hearts the victims and their families,” said United manager Jose Mourinho.“It’s a pity we cannot fly with the happiness we always have before a big game”.
United ended their Premier League regular season with a 2-0 home victory over Crystal Palace on Sunday. Mourinho’s team set a new franchise Premier League record with 25 undefeated games and 15 ties in 38 games, the most of any club in the top flight. The Red Devils finished the Premier League season in sixth place with 69 points, six points behind fifth-place Arsenal.
United’s Spanish midfielder Ander Herrera has said that his team can draw inspiration from Zlatan Ibrahimovic to defeat Ajax in Wednesday’s final. The 35-year-old Swedish forward will sit out the game due to a serious knee injury he sustained at the end of last month but will be at the stadium in Stockholm to support the club.

“I always say this is a team sport, we are a team,” said Herrera. “The reason we have won two titles (Community Shield and EFL Cup) this season is because everyone has been there, working, helping. This final is for everyone.

“Of course 11 players will be on the pitch but everyone is ready to help and push for their team-mates. So, if we win it, it will be for everyone. Everyone has been part of this. Zlatan and Ash (Young) have very good experience. We need everyone.

“When you want to win a European trophy and you want to make a good season, it is not only on the pitch, you need help from the outside. Zlatan is here to help, Ash is also here to help. We are a team who is together. Everyone is important.”

A statue of Ibrahimovic is set to be built at Friends Arena.