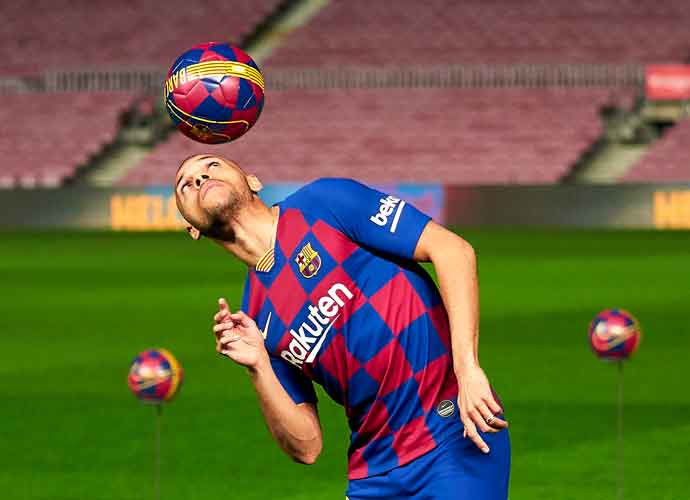 BARCELONA, SPAIN - FEBRUARY 20: Martin Braithwaite of FC Barcelona with the ball during his unveiling at Camp Nou on February 20, 2020 in Barcelona, Spain.

In Tuesday’s Champions League action, Juventus, Chelsea, Sevilla and FC Barcelona all won their games to book a spot in the next round of the competition.

Despite Messi’s absence, FC Barcelona defeated Dynamo Kyiv, 4-0. The Catalan club were very quiet in the first half. In the second half, all the goals were produced. Serginho Dest, arguably the best player on the pitch during the match, scored the first goal. Martin Braithwaite scored two goals including one penalty. Substitute Antoine Griezmann scored the fourth goal.

Juventus defeated the Hungarian club Ferencvaros, 2-1. Ferencvaros’ Myrto Uzuni scored an early goal, followed by an equalizer from Juventus star Cristiano Ronaldo. The game was a draw until the 90th minute, but Juventus’ Alvaro Morata scored a header in the added minutes.

Borussia Dortmund defeated Club Brugge, 3-0. Dortmund’s Erling Haaland scored the first goal followed by a goal from Jadon Sancho before half time. In the second half, Haaland scored his side’s third goal.