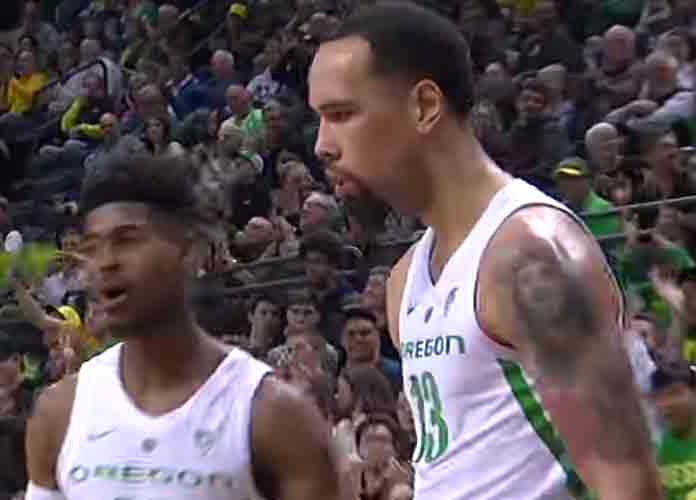 With one minute left, Oregon was up by nine points. It wasn’t shocking. Just a minute-and-a-half earlier, they were up by 13 and at some point in the final seven minutes, they even held a 17-point-lead. What was shocking was UCLA‘s win Thursday night.

Despite just firing head coach Steve Alford, the team has gone 3-0 with assistant coach Murry Bartow leading the way. With two minutes and 21 seconds remaining in the game, UCLA senior Prince Ali hit a 3-pointer to ignite a comeback. The team then went on a 21-8 run.

Down 17 in the second half & down 9 with under a minute to go, the Bruins kept battling.

But the UCLA comeback wasn’t without help. Oregon missed all but four of their last 21 shot attempts from the field. The Bruins weren’t perfect either. The win, in the game that went to overtime, was within reach. However — down by three — Jaylen Hands was fouled by Oregon. He sank the first free throw and missed the second on purpose. Chris Smith grabbed the board, laid the ball in, and was also fouled. UCLA was then tied with Oregon. Smith missed the game-winning shot. The game went to overtime.

UCLA wound up winning 87-84 on Thursday night. The win over their conference rival seemed unlikely but restored some fans’ hopes and also added job security for Bartow. Here’s how they did it:

This is how they sent it to OT 👀 pic.twitter.com/G3231qxLll

According to ESPN, the comeback is tied for sixth-largest in the final minutes of a Division I game. The Bruins are now 10-6 overall and 3-0 in the Pac-12. Meanwhile, Oregon — the preseason Pac-12 favorite — dropped to 0-2 in the league and 9-6 overall after Thursday’s loss.

Bruins come back from a 9-point deficit with under a minute to go in regulation to start 3-0 in Pac-12 play. #UCLAvsORE | #GoBruins pic.twitter.com/giyvxBrJcS