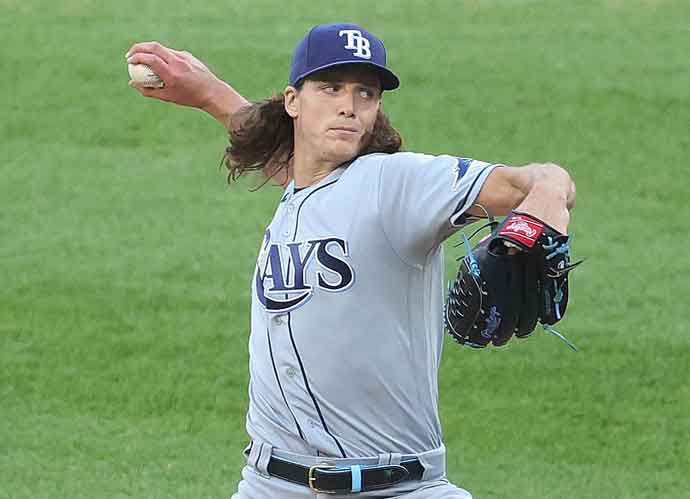 Tyler Glasnow has become a staple of the starting pitching rotation for the Tampa Bay Rays – at least he was before a diagnosis confirmed a partially torn ulnar collateral ligament and a flexor tendon strain in his throwing arm.

Glasnow blames this injury on the imminent sanctions on substance use Major League Baseball is pursuing. Glasnow normally uses sunscreen, but two starts ago experimented with not using it. Just two starts later, and he is on the Injured List. Glasnow left his most recent start after just four innings, and after medical examination received the disheartening diagnosis. Glasnow stated that he understands the league’s motivations to stop performance-enhancing substances from being used by pitchers, but that banning all forms of gripping substances would be a mistake.

Tyler Glasnow is NOT happy about being forced to stop using sticky substances for better grip (pt.1) pic.twitter.com/m33D9uldt2

Glasnow then went on to suggest the suddenness with which MLB decided to pursue these changes is truly the most head-scratching choice.

“Do it in the offseason. Give us a chance to adjust to it,” he said. “But I just threw 80 innings, then you tell me I can’t use anything in the middle of the year. I have to change everything I’ve been doing the entire season. I’m telling you I truly believe that’s why I got hurt.”

The lack of grip substance forced Glasnow to squeeze the ball far more tightly than he normally has to, which he sees as a contributing factor to his injury. “Me throwing 100 mph and being [6-foot-7] is why I got hurt, but that contributed.”

The frustration is widespread. Dodgers pitcher Trevor Bauer also criticized the league, which he says is making a rushed decision that misunderstands the pitcher position.

Instead of possible awards or an All-Star Game appearance, Glasnow will instead be rehabbing and hoping that he will not need surgery on his arm. He will continue to meet with medical staff to evaluate his injury.