Twins & Cardinals Take Moment Of Silence At 8:46 In Honor Of George Floyd - uSports.org 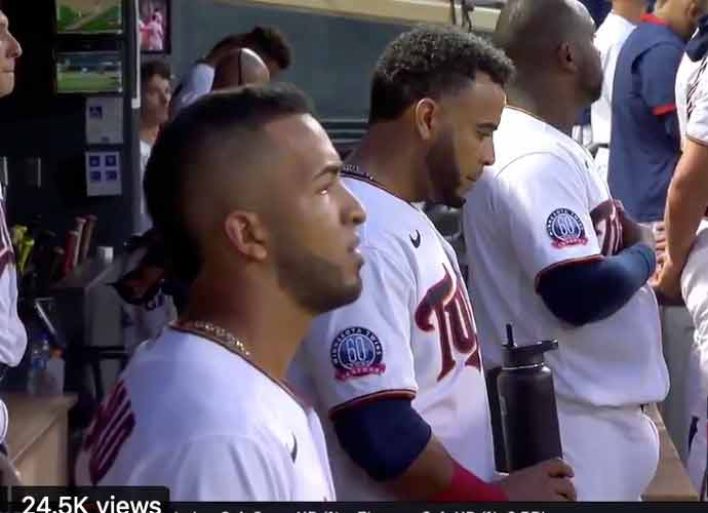 The Minnesota Twins honored George Floyd’s memory, Minneapolis being the city where Geroge Floyd was killed, at 8:46, eight minutes, and 46 seconds being the time that an officer had his knee on Floyd’s neck, along with the St. Louis Cardinals during their game on Tuesday night.

The #STLCards and Twins take part in a moment of silence in memory of George Floyd at 8:46 p.m. pic.twitter.com/tRG8yjp5eW

This is the most recent in a series of racial justice protests that have been taking place across the MLB since the season restarted last week. While the MLB has stumbled in many areas regarding their return to play, most notably their lax approach to player safety and protocols in place if there is a COVID’19 outbreak, but it is the first major American sport back to play the players and staff have done a good job leading the way in calling for justice in addressing systematic racism and police brutality in the United States. While there still are critics of the protests especially kneeling during the national anthem, so far this has been a bright light in an otherwise shaky and uncertain start to the MLB season. I don’t expect these protests to stop or slow down, and they give off a surprising feel of importance and solidarity to games that have no fans.