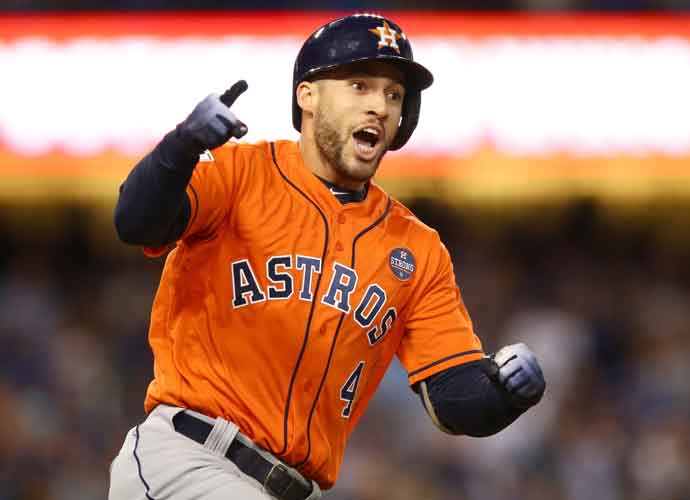 LOS ANGELES, CA - NOVEMBER 01: George Springer #4 of the Houston Astros celebrates after hitting a two-run home run during the second inning against the Los Angeles Dodgers in game seven of the 2017 World Series at Dodger Stadium on November 1, 2017 in Los Angeles, California. (Photo by Ezra Shaw/Getty Images)

The Toronto Blue Jays have landed the services of George Springer. The outfielder has signed a six-year, $150 million contract with Toronto.

The outfielder was one of the notable free agents that was still on the market. Springer was heavily targeted by the New York Mets, who sought his services in their rebuild. The Mets are aggressively pushing to sign free agents to better their roster and speed up their rebuild.

Welcome to our #BlueJays family! pic.twitter.com/jVDQlSxkrh

However, it was Toronto that landed the All-Star outfielder. The Blue Jays are a young team that is looking to be a force to reckon with in the coming years. Toronto finished 33-28 in the shortened 2020 season, which allowed them to make the playoffs as a wild card team. In the wild card round, they lost to the Tampa Bay Rays.

Springer is a power-hitting outfielder that can defend very well. He is a three-time All-Star who was named the World Series MVP when he led the Houston Astros to victory. The two-time Silver Slugger winner produced a .265 batting average, 14 home runs, and 32 RBI’s last season. Springer should bounce back with his new team in Toronto.

The Blue Jays will kick off Spring Training against the Philadelphia Phillies on February 27.