Tonight, All Eyes Are On Steph Curry For Three-Point Record - uSports.org 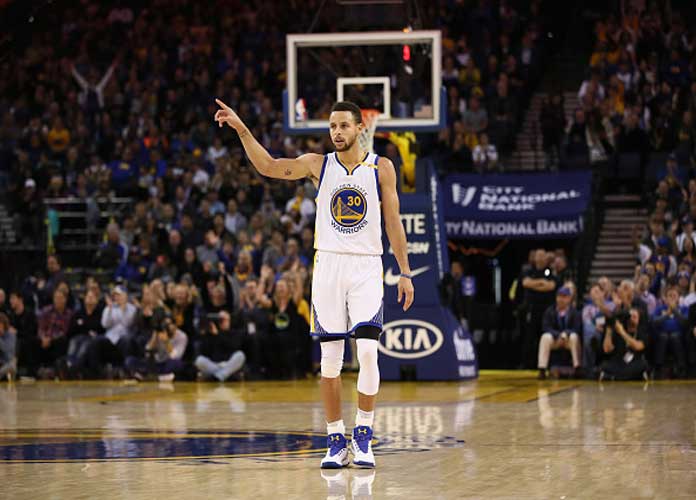 Tonight, All Eyes Are On Steph Curry For Three-Point Record

Last night, the Golden State Warriors improved to 22-5 on the season and Steph Curry closed in on the coveted 3-point record. He’s just two away from breaking the record going into tonight’s game against the New York Knicks.

The record is currently held by Hall of Famer, Ray Allen who made 2,973 shots from beyond the arc.

Warriors coach Steve Kerr admitted Curry hasn’t been playing like himself and acknowledged the pressure the record has been putting on him.

“Just trying to make 3s and get to this record, it will be a relief for him I think, and for our team, when he does break it,” Kerr said. “But I just think he’s been trying a little bit too hard. And a lot of them have been coming out of blitzes, off pick-and-roll – he just needs to make the simple pass, he knows that, but he’s kind of trying too hard to make a big play.”

“I’m enjoying the moment and now you’re knocking on the doorstep, it’s pretty surreal,” Curry said. “But just trying to let it happen. It’s one thing I’ve learned these last three games, is keep playing basketball, keep taking shots you think you’ll make and enjoy the experience of it because it’s a long time coming.”

Ticket prices went from a median of $448 to $894 overnight in anticipation of the record. There’s no better place to have the chance to break the record but in one of the NBA’s best atmospheres in Madison Square Garden.

“It’s the mecca,” Kerr told ESPN. “It’s the best atmosphere in the league. It’s going to be electric. I can’t wait – it will be fun … every player loves New York. Every player in the league loves playing in the Garden. It’s just a special venue – so hopefully he can get it done [Tuesday].”