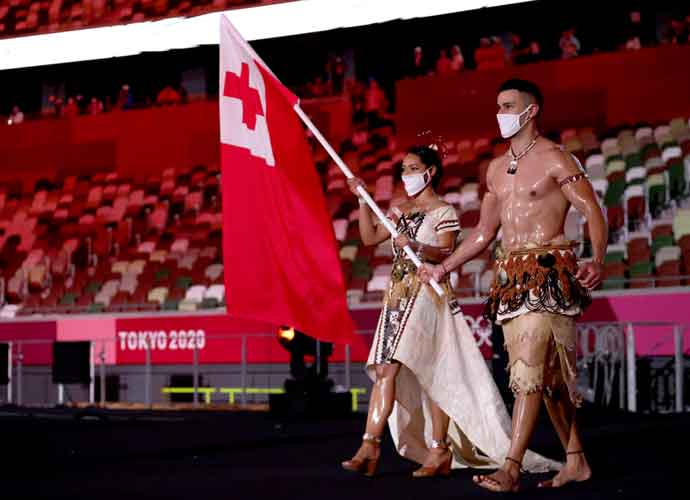 Pita Taufatofua was back at the Olympics on Friday holding the Tongan flag and causing social media to swoon once again.

On Friday, Taufatofua made his third appearance as the flag bearer for his country and did not disappoint as he showed up shirtless and oiled up. He walked alongside Malia Paseka, who is competing on the female side of the taekwondo event.

Paseka is Tonga’s first female Olympian to compete in taekwondo, heading to Tokyo after winning gold in the women’s 67kg division Oceania qualifying tournament in 2020.

“I’m really excited but a bit nervous too because this is really new for me,” Paseka said about the selection. “I’ve been to many competitions before, but this is my first Olympic Games and I’m just thankful really for the opportunity to be representing my country and that they trust me to be the flagbearer.”

Taufatofua will compete for Tonga in taekwondo in Tokyo, looking to bring the nation their second Olympic medal in history. He initially tried to qualify for the 2020 Games in spring canoeing but came up short. He would later get back onto the Olympic team in taekwondo for the second time.

This was the third time Taufatofua carried the Tongan flag. He first did so at the 2016 Rio Games and again appeared at the 2018 Winter Olympics at Pyeongchang.