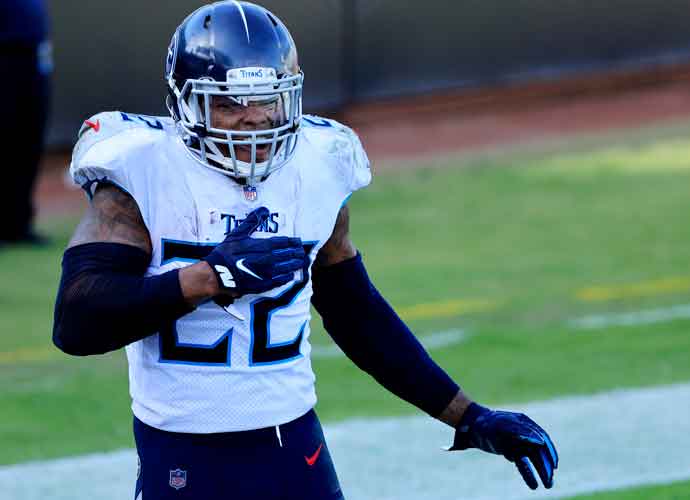 JACKSONVILLE, FLORIDA - DECEMBER 13: Derrick Henry #22 of the Tennessee Titans celebrates after scoring a touchdown against the Jacksonville Jaguars in the second quarrter at TIAA Bank Field on December 13, 2020 in Jacksonville, Florida. (Photo by Sam Greenwood/Getty Images)

Tennessee Titans running back Derrick Henry has been nominated for FedEx Ground Player of the Year after concluding a historic 2,000-yard season with the Titans. Henry is one of three nominees. The other two are Minnesota Vikings running back Dalvin Cook and Alvin Kamara of the New Orleans Saints.

Hailing from the University of Alabama, Henry became the eighth player in NFL history to break the 2,000-yard mark in 2020. Additionally, he ended the season with a league-best 2,027 yards, which is the fifth most in a single season in NFL history.

Not only that, Henry is the first player since LaDainian Tomlinson to win back-to-back rushing titles since 2006. He was also ranked best among running backs in touchdown and attempts.

While Cook and Kamara also had great 2020 seasons, Henry had a legendary showing which helps his chances at receiving this honor. Henry won the award following the 2019 season after he totaled 1,540 yards and 16 scores and is looking to win the award in back-to-back seasons.

This is not the only award Henry has been up for; the stud running back was voted as the Pro Football Writers of America (PFWA) Offensive Player of the Year and a First-Team All-Pro. Currently, Henry has a display at the Pro Football Hall of Fame in Canton, Ohio honoring his legendary 2020 season.