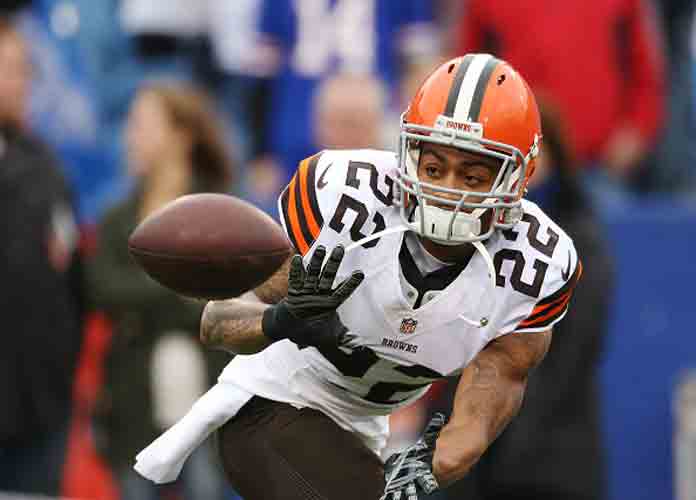 ORCHARD PARK, NY - NOVEMBER 30: Buster Skrine #22 of the Cleveland Browns warms up before the game against the Buffalo Bills at Ralph Wilson Stadium on November 30, 2014 in Orchard Park, New York. (Photo by Tom Szczerbowski/Getty Images)

Titans cornerback and Former Jets defensive back Buster Skrine is set to retire. Announced by Titans head coach Mike Vrabel. the 11-year veteran has called it quits on a long career.

“I really respect Buster as a person, as a player,” Vrabel said during his first press conference of Titans training camp on Tuesday. “But he made a decision which he felt like was best for him and his family and we’ll respect that and support him however we can.”

#Titans CB Buster Skrine informed the team that he is retiring from the NFL after 11 seasons.

Spent his career with the Browns, Jets, Bears, 49ers and Titans.

Skrine had just resigned with the Titans in March after being signed in late last season to counteract the injuries suffered to key secondary players such as Caleb Farley and Kevin Byard. In his seven games played for the Titans, Skrine started three, recorded 17 tackles, three pass breakups and had one interception. Due to his performance, the Titans brought him back on a one-year deal worth $1.3 million.

Skrine has been somewhat of a journeyman during his time in the NFL. He was selected in the fifth round of the 2011 draft by the Cleveland Browns. He had his best year in his career with the Browns in 2014, recording 67 tackles, four interceptions, and 18 pass deflections. Despite that he did not return to Cleveland, electing to join the New York Jets where he spent the next four years. In his Jets tenure, he started 48 games with 30 pass breakups and three interceptions.

The Titans are not expected to miss him too much as the secondary unit is quite solid. Skrine was projected to be the team’s sixth corner behind Kristian Fulton, Farley, Elijah Golden, Roger McCreary and Chris Jackson. There was still speculation in Skrine would have made the 53-man roster. Now with his retirement, a spot on the wider 90-man roster opens up.