Tickets For Syracuse Crunch Vs. Providence Bruins (May 27) At Oncenter War Memorial Arena On Sale - uSports.org 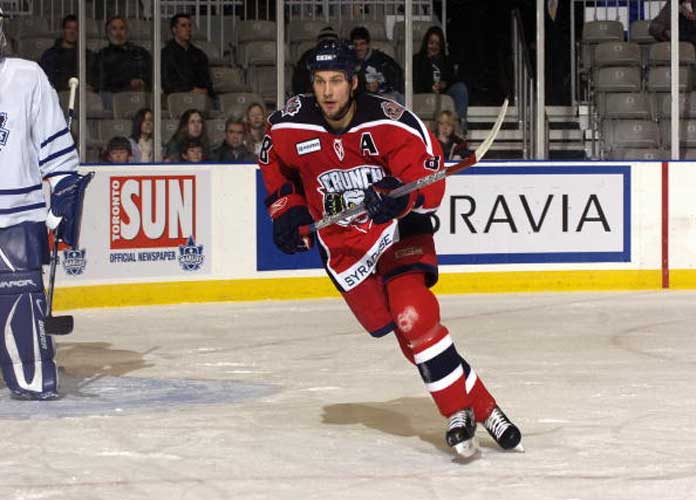 TORONTO - FEBRUARY 17: Ben Simon #8 of the Syracuse Crunch skates against the Toronto Marlies at Ricoh Coliseum on February 17, 2006 in Toronto, Ontario, Canada. Syracuse won 3-2 in a shootout. (Photo by Graig Abel/Getty Images)

Tickets For Syracuse Crunch Vs. Providence Bruins (May 27) At Oncenter War Memorial Arena On Sale

Attention, all hockey fans: tickets for the Syracuse Crunch’s home game against the Providence Bruins on Saturday, May 27 are now on sale!

The Crunch play in the American Hockey League (AHL), and are the primary development affiliate of the NHL’s Tampa Bay Lightning. The game, which is part of the 2017 Calder Cup Playoffs, will be held at Oncenter War Memorial Arena in Syracuse and will begin at 7 pm EST.

The Bruins are the AHL affiliate of the NHL’s Boston Bruins.

Tickets begin at $27 on ticketmaster.com. To better suit everyone’s needs, the arena has requested that all accessible seating ticket accommodations be solicited only through their representatives. Tickets can also be ordered via phone by calling 315-435-2121.