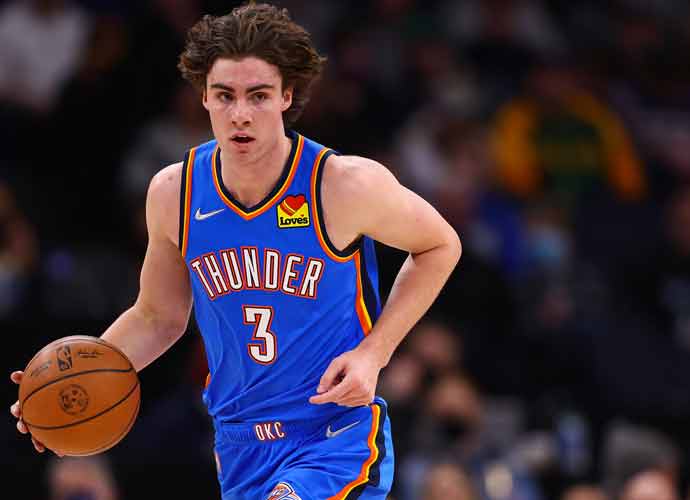 MINNEAPOLIS, MN - JANUARY 05: Josh Giddey #3 of the Oklahoma City Thunder during the game against the Minnesota Timberwolves at Target Center on January 5, 2022 in Minneapolis, Minnesota. NOTE TO USER: User expressly acknowledges and agrees that, by downloading and or using this photograph, User is consenting to the terms and conditions of the Getty Images License Agreement. (Photo by Harrison Barden/Getty Images)

Giddey had a triple-double and career-high 28 points, 12 assists, and 11 rebounds, while Mann added a career-best 30 points. Not to mention, the Thunder rallied from an 11-point deficit in the second half to beat New York 127-123 in overtime.

A 19-year-old from Australia, Giddey went 11-for-22 from the field and hit three threes for the Thunder, who snapped a five-game slide.

“This was the place I was most excited when I got drafted to come in to play,” said Giddey. “You hear so many things, so many stories about the Garden, and I had circled it on my calendar for a long time.”

Triple-doubles are old hand to Giddey now, it seems: He became the youngest player in NBA history with back-to-back jaunts, as he had 11 points, 10 assists, and 12 rebounds in a losing effort at Chicago on Saturday.

“It was everything I expected,” Giddey said of his first game at MSG. “The fans are awesome. They’re into the game; a packed house. It’s everything I’ve seen on TV, being told about.”

“The style he is playing with is contagious,” Thunder coach Mark Daigneault said. “I think he has a domino effect on the team with how he plays when he is in that state of mind. I thought he was in against Chicago and I thought he was in it again tonight.”

Julius Randle, too, had a triple-double with 30 points, 13 rebounds, and 10 assists for Knicks, who have lost nine of their last 11.