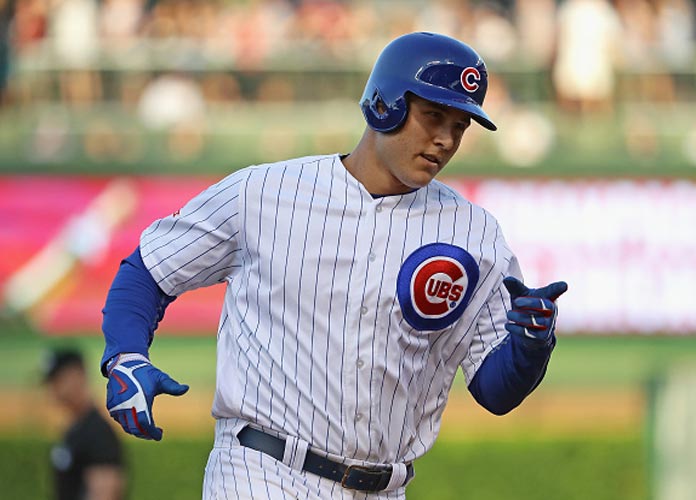 CHICAGO, IL - JULY 18: Anthony Rizzo #44 of the Chicago Cubs points to the dugout as he runs the bases after hitting a three run home run in the 3rd inning against the New York Mets at Wrigley Field on July 16, 2016 in Chicago, Illinois. (Photo by Jonathan Daniel/Getty Images)

Three-time World Series champion Jon Lester has decided to hang up the spikes after 16 seasons in MLB.

The 38-year-old pitcher—part of two World Series titles in Boston and one with the Chicago Cubs—said wear and tear on his body was the reason for the decision.

“It’s kind of run its course,” he said. “It’s getting harder for me physically. The little things that come up throughout the year turned into bigger things that hinder your performance.

“I’d like to think I’m a halfway decent self-evaluator. I don’t want someone else telling me I can’t do this anymore. I want to be able to hand my jersey over and say, ‘Thank you, it’s been fun.’ That’s probably the biggest deciding factor.”

Lester began his career with the Red Sox in 2006.

“Any time he had the ball, it was a different feeling as a teammate,” said former Boston teammate Dustin Pedroia. “The power, the way he worked, the will to win. He had great stuff, but his best gift was he found a way to win. That’s something you can’t teach, you can’t coach. It’s a special player that has that. There’s not many.”

He wasn’t just dominant on the baseball field, Lester beat lymphoma cancer during that 2006 season and of course returned to notch all his accolades.

The Red Sox traded him to the Oakland A’s in the 2014 season, and he declined to return to Boston as a free agent, opting for the Cubbies.

He started 28 games for the Washington Nationals and St. Louis Cardinals in 2021.

“I never wanted fans to leave a game and ask, ‘Was the effort there?’” Lester said. “I think I always gave it.”