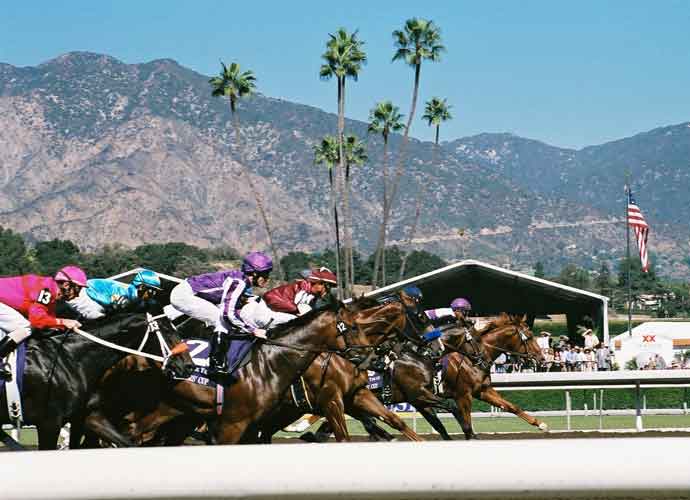 For the third day in a row a horse was announced dead at the Santa Anita racing park in Arcadia, California. The horse died following a collision with another horse during a training session on Sunday.

GET TICKETS FOR SARATOGA & OTHER RACING HERE!

The 4-year-old gelding named Tikkun Olam, who was trained by Eric Kruljac, was euthanized after suffering undisclosed injuries. The other horse wasn’t injured in the accident.

In nine career races, Tikkun Olam had one win and earnings that totaled $40,743. He was the first horse to die on the main dirt surface. This follows the passing of two other horses that sustained injuries prior to being euthanized. Harliss, a 6-year-old gelding, died on Friday after breaking an ankle on a turf race surface. On Saturday, Uncontainable, a 5-year-old gelding suffered an ankle fracture on the same surface and had to be put down.

“Two horses dead in two days means horses are being forced to race when they shouldn’t be,” Kathy Guillermo, PETA’s senior vice president, said in a statement. “Uncontainable had two very long periods last year when he wasn’t raced, which likely indicates injury and the need for special attention by veterinarians. If we at PETA can see that by looking at his racing record, surely the state veterinarians can too. The only acceptable fatality rate is zero, and if racing can’t be done without horses dying, it shouldn’t be done at all.”

In 2019, 37 horses died at Santa Anita including Mongolian Broom who died after suffering a fatal injury at the $6 million Breeder’s Cup Classic which was nationally televised.

“We want to bring awareness to the public,” Amanda Lunberg, a member of the group Horseracing Wrongs, told CBS Los Angeles. “We believe when the public knows better that they will do better and they will fight to protect the rights and, at this point, the lives of innocent animals that have no choice or no say in this bloodsport.”