The Spurs Want to Hold Onto Star Forward Kawhi Leonard, But Are Open to Trade Talks - uSports.org 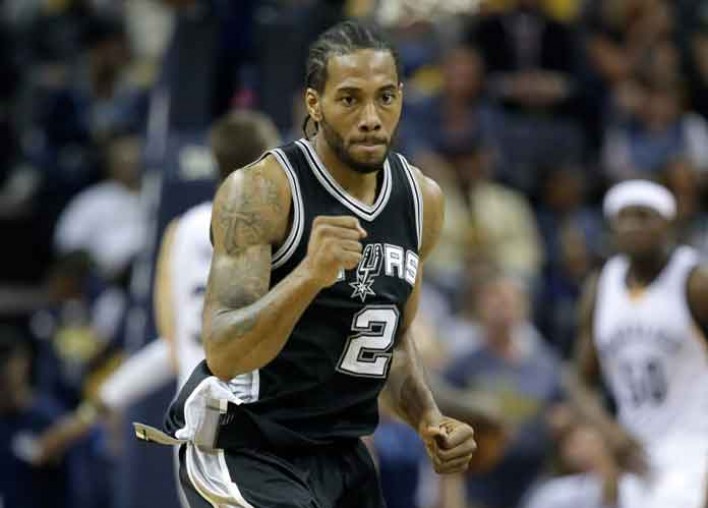 The Spurs Want to Hold Onto Star Forward Kawhi Leonard, But Are Open to Trade Talks

A week ago, it seemed as if Kawhi Leonard‘s tenure with the San Antonio Spurs was all but guaranteed to come to an end. The star forward expressed displeasure with the organization due primarily to how they handled his quad injury throughout all of last season and indicated that he wanted to be traded, which we know had to be a huge deal considering how laid back and soft spoken Leonard has shown himself to be since his rise to NBA stardom.

However, the Spurs organization has indicated that they plan on keeping Leonard on their team for the time being, but remain open to trade talks with other teams, according to a statement made by team general manager RC Buford. Buford indicated that, although the team wants Leonard to stay in San Antonio, they “will explore all of our options.”

The Spurs have said that they plan on working with him to make sure both he and the team can work out something on which they can both agree. Buford said on Thursday, “Kawhi and his family mean a lot to our organization and to the community. While none of us would wish we are where we are, we’re going to do what we can to build the best relationship we can with him, and we’ll explore all of our options. But the first one would be to do what we can to keep Kawhi as a part of our group.”

Leonard informed sources that he would optimally like to join the Lakers, whether it be through a trade or a free agent signing when his contract with the Spurs expires in 2019. On Tuesday, he met with Spurs coach Gregg Popovich when Pop made his way to Southern California to meet with his franchise player. While the conversation allegedly went well, Leonard expressed reluctance to meet with his coach under these circumstances.

Nonetheless, the Spurs have indicated that they will talk to other teams so long as they present them with an offer. If Leonard remains staunch on his desire to leave San Antonio following the end of his contract after next season, San Antonio would likely find themselves making a trade deal. For a player of Leonard’s All-NBA caliber, they would likely be able to get something really solid in return. If they don’t trade Leonard and he leaves in free agency, they would get nothing. This story is sure to develop as the summer continues, and we’ll see just how much all of the involved parties’ attitudes change moving forward.