The End Of An Era Is Near For Blazers Coach Terry Stotts - uSports.org 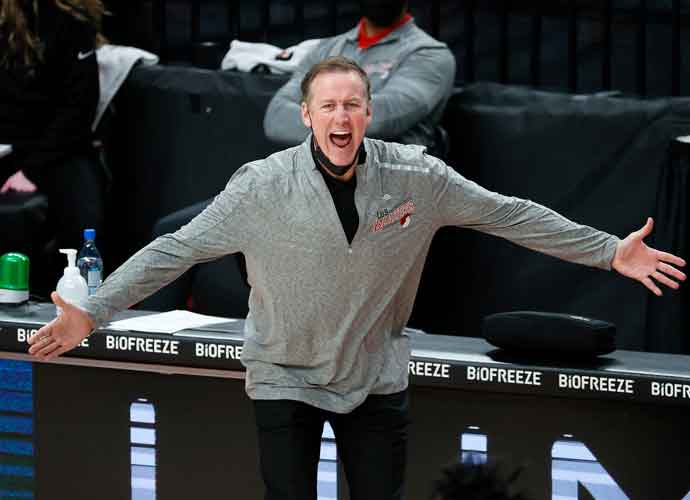 PORTLAND, OREGON - MARCH 18: Head coach Terry Stotts of the Portland Trail Blazers reacts after a basket by the New Orleans Pelicans during the second quarter at Moda Center on March 18, 2021 in Portland, Oregon. NOTE TO USER: User expressly acknowledges and agrees that, by downloading and or using this photograph, User is consenting to the terms and conditions of the Getty Images License Agreement. (Photo by Steph Chambers/Getty Images)

This move makes complete sense, as the Trail Blazers have been stuck in the mud for quite some time now. Although they’ve been a playoff team since the 2012-2013 season, or Stotts’ first year, they’ve never reached the finals. They’re ceiling appeared to have been in the 2018-2019 season, in which they reached the Western Conference Finals against the Golden State Warriors, only to fall in a sweep.

The Athletic also reports that Stotts has less player support now than he did in years past. He’s seemingly lost the locker room, which is integral to maintain as a head coach. Players like Damian Lilliard, who were outspoken in years past in support of their head coach, have gone silent amidst the team’s average season.

The Blazers defeated the Cleveland Cavaliers on Wednesday night to move to 37–29. They are currently tied with the Los Angeles Lakers for the No. 6 seed, but the Lakers have the tiebreaker. That means that if the season ended today, the Blazers would be tasked with playing in the play-in tournament as the No. 7 seed.

When the season concludes and the team potentially decides to fire Stotts and go in another direction, they should go all in on a rebuild and trade Lillard and CJ McCollum. This team has reached its ceiling and needs to start fresh. The Trail Blazers should consider proven coaches as Stotts’ replacement as well, including Jason Kidd, Nate McMillan, Dave Joerger and Chauncey Billups. Kenny Atkinson could be a great hire for a rebuilding team as well. Stotts has nothing to be ashamed of with his tenure, as he recorded nearly 400 wins. It was an excellent run, but the Blazers need a new man on the bench.