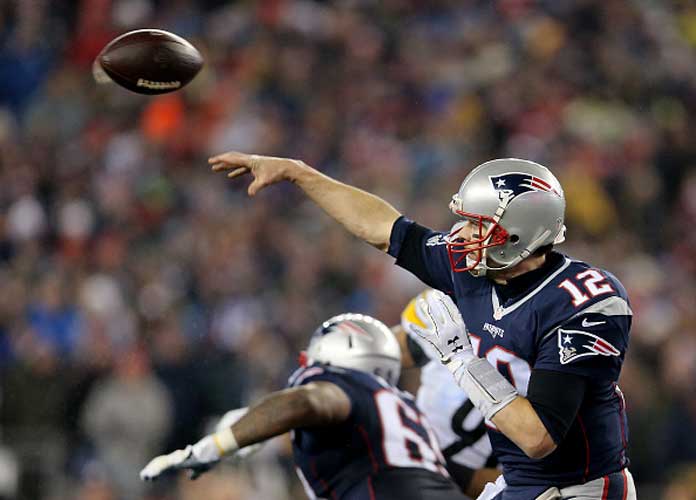 The Colts Take On New England On ‘Thursday Night Football’

While the rivalry isn’t the same, on “Thursday Night Football” the New England Patriots host the Indianapolis Colts. Kickoff from Gillette Stadium is set for 8:20 p.m. EST.

Despite a slow start, New England finally got their offense moving on Sunday in a 38-7 win over the Miami Dolphins. While Julian Edelman had one week left in his suspension, the Patriots’ offense finally moved up the field. First-round pick Sony Michel rushed for a season-high 112 yards after concerns following a knee procedure during train camp. While Edelman and former Pats receivers like Wes Welker or Danny Amendola made their money on short, over-the-middle routes, New England’s offense has shifted to a more vertical one since 2016. This might be concerning with a 41-year-old quarterback and a turnstile offensive line, but the Colts lack a real pass rush.

Tight end Rob Gronkowski, who has lost a step on short routes recently, hasn’t practiced all week but can’t be ruled out as a decoy. Josh Gordon should be more familiar with the Patriots offense. It normally takes time for receivers to catch onto the numerous option routes it incorporates. And people around the locker room are expecting Edelman to make an impact despite missing all of last season with a knee injury and being 32.

While the Colts limp into New England at 1-3, they’re not that bad. They lost two close games, one on a blatant play-calling error against Houston and another by only four points against the defending champion Philadelphia Eagles. The ten-point spread is a slight against them. If their defense is on the field less, they win both of those games.

Despite leading the AFC in sacks and tackles for losses, they’ve come up short closing games against young, mobile QBs. This shouldn’t be an issue though against the 41-year-old Tom Brady.

Expect the Colts, who hired away Patriots offensive coordinator Josh McDaniels before he backed out, to play with a vengeance. After missing close to two seasons, Pro-Bowl quarterback Andrew Luck looks more comfortable in the pocket each week.

New England’s defense hasn’t shined either. The Detroit Lions had their first 100-yard rusher in 70 games in week three. Also noted is the fact that they lost their longtime defensive coordinator, Matt Patricia, this offseason.

One factor that isn’t brought up enough is that New England was able to rest its starters against the Dolphins in the fourth quarter. Indy played an additional ten minutes of overtime. Thursday’s game is on a short week with little rest.

This could be a blowout, but I’m not as keen on Bill Belichick and company in this game as most people are. I think this goes 35-28 Pats.