The Big Ten Conference Announces It Will Resume Games In October - uSports.org 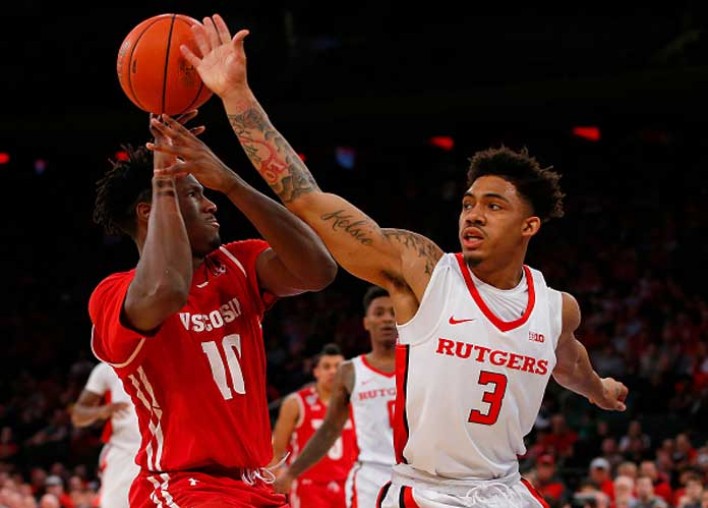 NEW YORK, NY - JANUARY 28: Nigel Hayes #10 of the Wisconsin Badgers attempts a shot as Corey Sanders #3 of the Rutgers Scarlet Knights defends during the second half of an NCAA college basketball game at Madison Square Garden on January 28, 2017 in New York City. Wisconsin defeated Rutgers 61-54 in overtime

Last month, I wrote that the Big Ten conference over the course of this pandemic has been akin to Schrodinger’s Cat – in the sense that it both was and wasn’t going to have games this fall depending on which decision-maker you asked. But, after announcing just a few weeks ago that they would be delayed until the spring, the conference released a statement on Wednesday saying that games will begin on Oct. 24.

“Everyone associated with the Big Ten should be very proud of the groundbreaking steps that are now being taken to better protect the health and safety of the student-athletes and surrounding communities,” Dr. Jim Borchers, co-chair of the return to competition task force’s medical subcommittee, said in a prepared statement. “The data we are going to collect from testing and the cardiac registry will provide major contributions for all 14 Big Ten institutions as they study COVID-19 and attempt to mitigate the spread of the disease among wider communities.”

The catalyst for this change of heart seems to be the conference’s ability to get a hold of a sufficient amount of rapid testing kits to test players and coaches. This testing will reportedly begin on Sept. 30. President Donald Trump, one of the biggest advocates for a return to sports, weighed in on his Twitter Wednesday morning saying, “Great News: BIG TEN FOOTBALL IS BACK. All teams to participate. Thank you to the players, coaches, parents, and all school representatives. Have a FANTASTIC SEASON! It is my great honor to have helped!!!”

Great News: BIG TEN FOOTBALL IS BACK. All teams to participate. Thank you to the players, coaches, parents, and all school representatives. Have a FANTASTIC SEASON! It is my great honor to have helped!!!

It is unclear at this point whether or not the Trump administration allocated these testing kits to the conference in order for play to resume, but the testing issue had been thrown around as the only option for the conference. This is the sixth conference to announce a return to play in the fall with other big names like the ACC and SEC both resuming play later in September. It is unclear how well this will go considering the likelihood of opt-out is higher with unpaid players, but the NBA and NFL seemed to have created a certain model that others can follow and while people may be uncomfortable with the idea, college football will return.