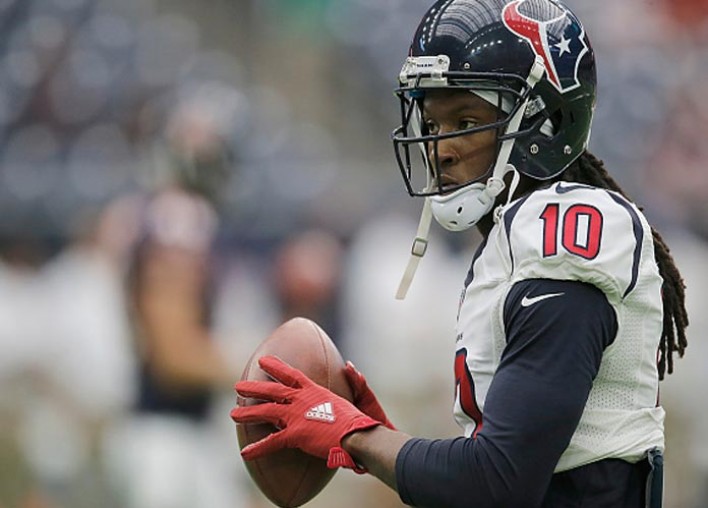 DeAndre Hopkins #10 of the Houston Texans

In a much contested game, Deshawn Watson and the Houston Texans beat Jacoby Brissett and the Indianapolis Colts 20 -17 on Thursday night, breaking a tie for first place in the AFC South.

No score after the first quarter, as the Texans’ defense got the best of Bissett sacking and rushing. The Colts’ success came at not giving a target to the accurate and elusive Watson. There were roamers making sure he didn’t run while the wide receivers were well guarded. Watson’s lone interception happened on his first quarter.

The game started opened up in the second quarter with the running game on both sides. Carlos Hyde ran for enough yards to get a field goal and Jonathan Williams ran enough for Bissett to steal a move from the Texans’ playbook when he ran it six yards for a touchdown on a QB sneak.

Bissett would not get close to another touchdown the rest of the way and finished with 129 yards passing on  16 for 29, no touchdowns and no interceptions. He was only sacked once, but still couldn’t find anyone open with the Texans defense hovering. Williams got the other lone touchdown and finished with 104 yards running.

Watson passed for 298 yards with two touchdowns and on interceptions for a QB rating of 104.6. He did not run the ball much as he was prevented from it, but the almost 300 yards and two touchdowns would prove to be enough in a game of defenses.

The play of the night was a touchdown throw by Watson to DeAndre Hopkins right down the middle for 35 yards on a beautiful arched spiral with 1:53 left in the first half.

The second half started 10-10, but the Colts scored first with a touchdown run by Williams for 13 yards. It started when the Texans made a gutsy play on their own 40 yard line and decided to go for it on fourth and three. They didn’t convert, turned the ball over, which led to Williams almost getting tackled in the middle, but bouncing off a defender, running to his left and scoring.  The Texans would only score a field goal in the third to end it 13-17.

But that field goal would prove the difference maker, as Hopkins, made a spectacular catch down the sideline that led to another touchdown. Will Fuller V led all receivers with 140 yards from scrimmage.

The fight for the AFC south will be hotly contested, as both of these teams faced each other twice now and have split the series. 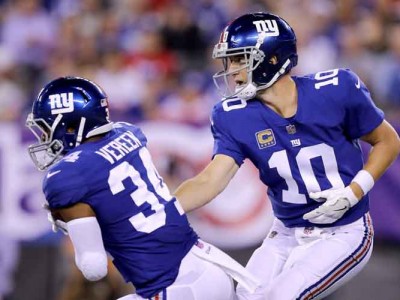