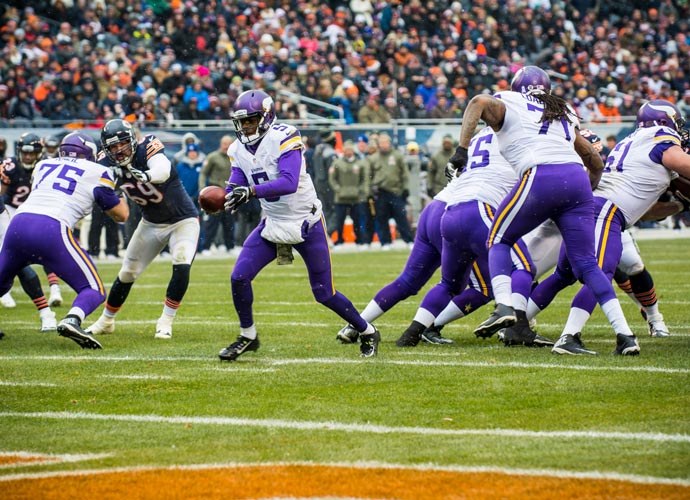 Teddy Bridgewater Earns His First Trip To The Pro Bowl

With the Super Bowl match-up set and players announcing their end of season injuries, the Pro Bowl rosters are set to undergo some changes. And while replacement players may be appearing based on a logistical technicality, it’s still good for some additional guys to get recognized for their performances. One of those players is Vikings quarterback Teddy Bridgewater, who will be replacing Cardinals QB Carson Palmer.

Selected with the 32nd pick of the 2014 NFL Draft, Bridgewater hasn’t received the same level of attention as other young quarterbacks. But, in his first year as the full-time starter under center, he led the Vikings to a 11-5 record and NFC North title.

Bridgewater finished the season with a 65.3 completion percentage and  3,231 passing yards for 14 touchdowns. He also became second Vikings quarterback in franchise history to throw for four touchdowns and rush for one in a single game; he accomplished the feat against the Chicago Bears in December.

Vikings linebacker Anthony Barr was also named to the Pro Bowl as a replacement for Patriots linebacker Jamie Collins. Bridgewater and Barr will also be joined in Hawaii by their teammates Adrian Peterson, Everson Griffen and Harrison Smith.