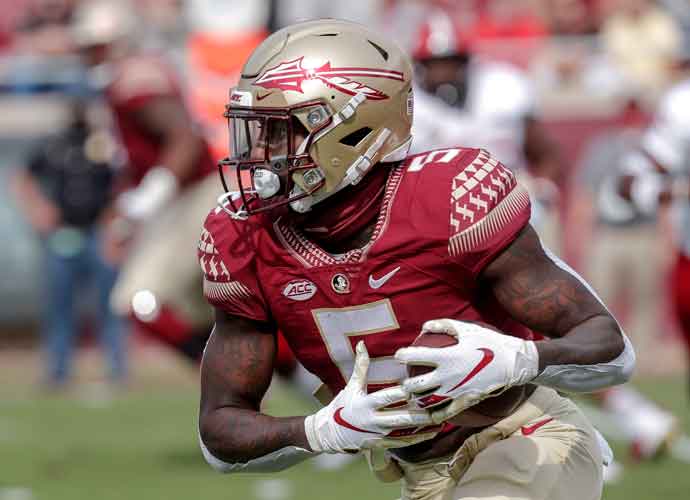 TALLAHASSEE, FL - OCTOBER 3: Wide Receiver Tamorrion Terry #5 of the Florida State Seminoles on a catch and run during the game against the Jacksonville State Gamecocks at Doak Campbell Stadium on Bobby Bowden Field on October 3, 2020 in Tallahassee, Florida. The Seminoles defeated the Gamecocks 41 to 24. (Photo by Don Juan Moore/Getty Images)

Former Florida State University star and recent Seahawks wide receiver Tamorrion Terry was cut by Seattle and then indicted for felony murder the next day in a gang-related killing dating back to 2018.

Terry was allegedly involved in gang activity that resulted in the slaying of Za’Quavia Smith, a 21-year-old woman, at a nightclub (Studio 2.0) in Georgia. It took investigators three years to determine that Terry and nine other suspects had been part of the firefight.

Terry had gone undrafted but was signed on May 14. During his brief tenure with the team, the coaching staff was impressed and Terry was expected to have a shot at a roster spot. According to multiple sources, Terry was not suspected by NFL teams to have been a person of interest in this particular case. Once Seattle was made aware of his alleged involvement, he was quickly released.

Terry went through waivers unclaimed, and the story is still developing.