Inter Milan defeated Real Salt Lake 2-1 in an international friendly game at Rio Tinto Stadium in Sandy, Utah, on Tuesday night, thanks to a stoppage-time goal from forward Stevan Jovetic.

The match featured the first European-based team — which happened to be a former UEFA Champions League winner — to play at Rio Tinto Stadium.

For RSL, it was the latest home game of the summer. For Serie A giants Inter, it marked the start to its preseason before the upcoming International Champions Cup, which features 10 of the top teams in Europe facing off around the U.S.

Jovetic displayed his tremendous skill by netting the game-winning goal in the 92nd minute. The 26-year-old Montenegrin, who previously played for Manchester City, back-heeled a ball from five yards away, through the legs of RSL goalkeeper Lalo Fernandez to seal the victory.

“We looked surprised and we shouldn’t be surprised that [Jovetic is] capable of that,” RSL coach Jeff Cassar said.

RSL used a starting lineup that included more regular starters than not, and the team’s quality was evident at times. Before the game, RSL signed eight Real Monarchs players to short-term contracts, to make the bench significantly deeper than usual.

Midfielder Jordan Allen opened scoring against the Italian powerhouse to put RSL up 1-0 in the 18th minute. A loose ball was smacked into the near post by 21-year-old Allen when a Joao Plata corner was deflected off Inter midfielder Geoffrey Kondogbia. The deflection rolled toward Allen, who one-timed it into the net, thus causing the home-team fans to erupt in cheers.

“I can accept it, because we didn’t work on it, we had guys that hadn’t been with us and things like that, but it’s more of a mentality,” Cassar said after the loss. “I just want our group going forward to be tougher, to be sharper in certain moments of the game.”

In the second half, more changes followed.

Andrew Brody nearly scored a memorable goal in the 53rd minute. The Monarchs midfielder, on loan to RSL, was able to sneak behind the Inter back line when John Stertzer played a ball through. Brody connected with it, but his shot was saved by Inter goalie Samir Handanovic.

Jovetic nearly put Inter ahead 2-1 in the 75th minute, but his chip toward goal hit the post before the ball was cleared by RSL substitute Chris Schuler.

RSL returns to MLS action Friday at home against the San Jose Earthquakes. 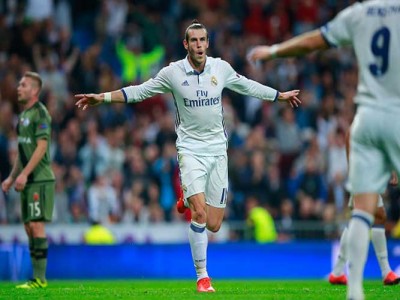