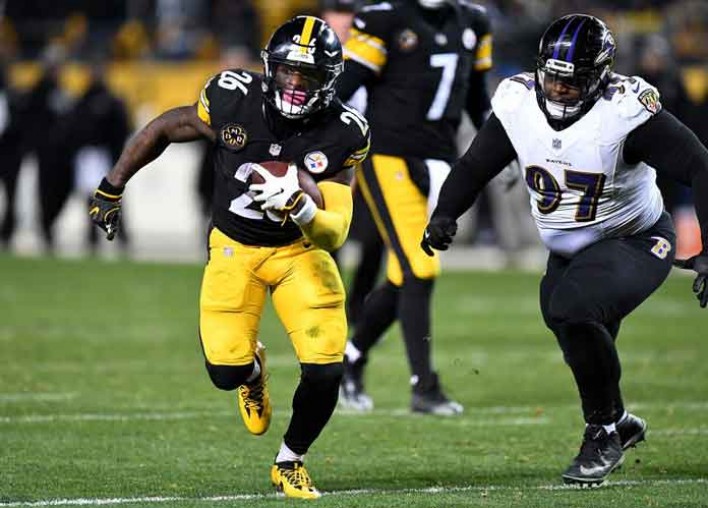 All-Pro running back Le’Veon Bell will likely sit out the Pittsburgh Steelers‘ regular season opening game against the Cleveland Browns on Sunday and will probably be away from the team for months, according to his agent.

Bell has a holdout on his contract: the running back hasn’t yet signed his $14.5 million exclusive franchise tag Pittsburgh exercised in March and could enter free agency next year provided he signs this tag on or before Week 11, according to ESPN. Bell hinted at retirement in a tweet in July after contract negotiations with the Steelers fell through.

Many Steelers players were displeased by Bell’s decision, to say the least, but the running back’s agent Adisa Bakari suggested his client could sit out for several months in order to maintain his long-term health and value.

“Le’Veon has several years ahead of him in football. We know right now his days in Pittsburgh are precarious at best. We also know how he’s been utilized in the past by the Steelers organization,” Bakari said in an interview with NFL Live. “That’s nothing to say negative about the Steelers. They had one of the best players to have ever played this position and they rely on him heavily for the production he can provide, but in doing so, you take away from his future years.”

An attempt to list/explain some of the rules of the CBA and the options the #Steelers could have in dealing with the ongoing Le’Veon Bell holdout. https://t.co/ceY3nSp6gz

According to Pittsburgh Post-Gazette reporter Ed Bouchette,  Steelers guard Ramon Foster said of the situation involving Bell: “What do you do? Here’s a guy who doesn’t give a dam, I guess, so we’ll treat it as such. I just hate it came to this.”

Steelers teammates not happy with Le’Veon Bell no show, led by vet G Ramon Foster, their player rep:
“What do you do? here’s a guy who doesn’t give a damn, I guess so we’ll treatit as such. I just hate it came to this. “

Last season, Bell logged an NFL-high and career-high 321 carries for 1,291 rushing yards and nine rushing touchdowns. Bell and Pittsburgh failed to agree to a long-term deal the previous two off-seasons, mainly because the running back reportedly did not believe he was being offered a contract that reflected his value as an NFL player and as the Steelers’ second-leading receiver.

“He f—ed us,” one unnamed Steelers player told ESPN on Wednesday.

On Thursday, ESPN’s Stephen A. Smith said on First Take that Bell’s teammates should be “ashamed” of what they said about the running back’s contract holdout, and that their behavior was a “punk sucker move.”

“I don’t respect what they did to Le’Veon Bell yesterday. I thought it was as weak as it gets,” said Smith of the Steelers. “They should be ashamed of themselves, that was a punk sucker move. You don’t do that to this man when you know he’s just trying to get his money.”