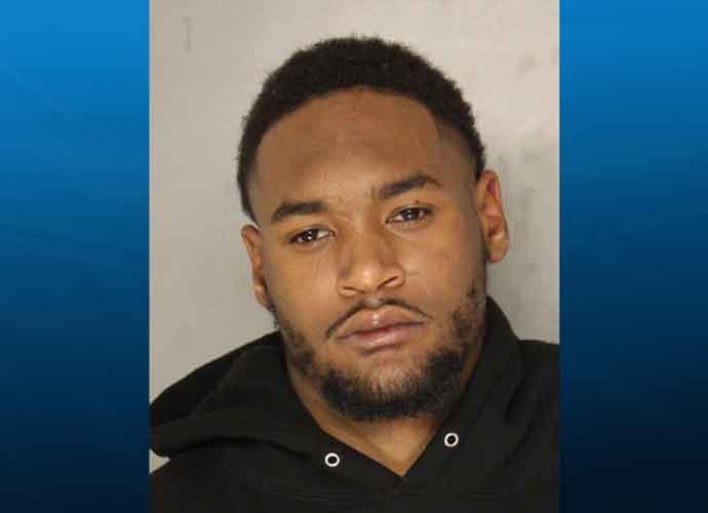 Kameron Kelly‘s Cinderella story has been cut short after being waived by the Pittsburgh Steelers on Friday.

Kelly was arrested outside Mario’s Southside Saloon in Pittsburgh after resisting arrest and what the Police stated was “terrorist threats.”

Kelly was upset that the song that he had chosen on the jukebox was skipped and threatened to hit an employee, according to the police report. He was removed from the bar and told he could no go back in. Then an officer stepped on a woman’s foot, stated she was “his girl” and allegedly “aggressively approached” the officer, saying, “I promise to God I’ll (expletive) you up, boy.”

The charges were two first-degree charges of terroristic threats and one count of second-degree misdemeanor resisting arrest.

Police officer Zachary Webb was working at the bar when he was approached by an employee that Kelly was acting inappropriately. Initially Kelly did not leave the bar when asked, but eventually complied. It was then that Webb stepped on the woman’s foot and the fighting started. Kelly pushed his chest against the officer and the officer tried to handcuff the football player.

Apparently, another man, Andrew Lewis, tried pulling Kelly away even after repeated attempts by officer Webb not to interfere. Other officers pulled Lewis away, according to the officer’s affidavit. The affidavit also states: “[Webb] knew that the longer officers struggled with Kelly, the more likely we would be putting ourselves in harms way either by Kelly’s actions or those of the irate onlookers.” Then, he was able to put him on his back and place handcuffs on him. Employees of the bar mentioned that this was not the first altercation that Kelly has had at that bar.

Webb was treated at the hospital for a cut lip, and continued to fight with the officers there.

Kelly, who went undrafted after a stellar collegiate career at San Diego State, got picked up by the Dallas Cowboys, but was cut before the season started. He then went to play for the AAF football league before finally getting signed back in the NFL by the Steelers this year. His most memorable game was getting an elusive interception off of MVP favorite Lamar Jackson in week 5.

Since he has been waived, any NFL team has the right to claim him.