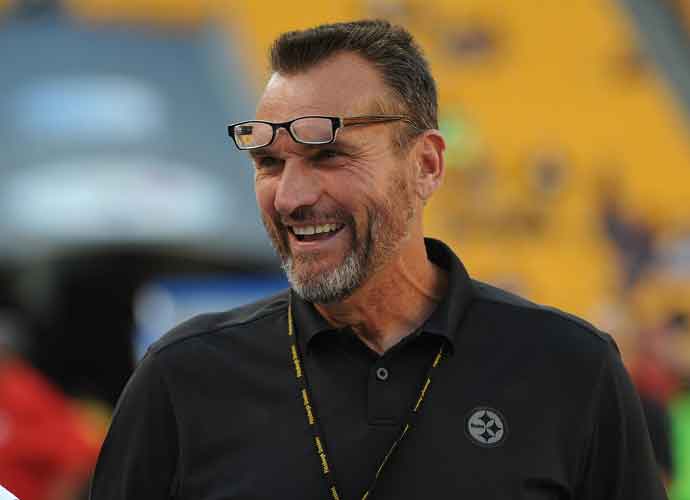 PITTSBURGH, PA - AUGUST 24: Tunch Ilkin, former offensive lineman and current radio broadcaster for the Pittsburgh Steelers, looks on from the sideline before a preseason game between the Kansas City Chiefs and Steelers at Heinz Field on August 24, 2013 in Pittsburgh, Pennsylvania. The Chiefs defeated the Steelers 26-20. (Photo by George Gojkovich/Getty Images)

Tunch Ilkin, 63 years old, has been a significant component of the Steelers organization for 37 years. Ilkin was drafted 165th in the sixth round of the 1980 NFL Draft after an impressive collegiate career with Indiana State. Ilkin represented the Pittsburgh Steelers for the majority of his career in which he was a two-time Pro Bowl offensive lineman. Ilkin’s NFL career was quite unlikely as the lineman was born in Istanbul, Turkey, distinguishing him as the first Turkish player to ever grace the league.

Following Ilkin’s stint as a player from 1980-1993, he joined the Steelers’ broadcast team in 1998. Last fall, Ilkin revealed his diagnosis of amyotrophic lateral sclerosis, more widely known as ALS or Lou Gehrig’s disease. Despite the gloomy prognosis, Ilkin continued to work alongside the Steelers’ broadcast team throughout the 2020-2021 NFL season.

In a statement to the Associated Press Ilkin said, “I want to spend this time focusing on my treatment and fighting this disease. I would like to thank Steelers President Art Rooney II, the Steelers organization, and the fans for their continued support and prayers at this time.”

Ilkin’s absence from the broadcasting team and Steelers organization will leave a massive void. Uncertainty remains in the Steelers organization regarding whether Ilkin’s role will be replaced on the game day broadcasting. No matter what is decided, it is clear that the void left by the absence of this fan favorite will never be fulfilled. This is demonstrated by the Pittsburgh City Council’s declaration of Tunch Ilkin Day on December 21, 2020.