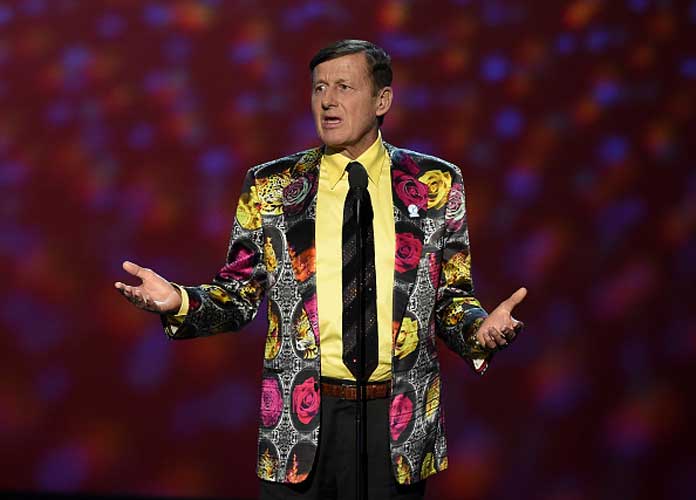 Both teams also paid homage to Nate Thurmond, the Hall of Fame center and long-time member of the community-relations department who died from the disease in July.

Fans arrived to discover a white T-shirt with a drawing of Sager, in colorful attire, in blue and gold on the back of every seat. Proceeds from the sales of the shirt will benefit the SagerStrong Foundation.

In addition, Warriors officials wore another T-shirt, a mix of red, yellow and orange as part of a mock jacket, shirt and tie.

“It’s good to be honoring Craig Sager with our shirts and our fans,” said Steve Kerr, a colleague of Sager at TNT before leaving to coach the Warriors. “I think you’ll like my tie as well. This night is about opening the season, getting started, but also honoring Craig and raising money for leukemia research. You guys may connect the dots. Nate Thurmond with the Warriors passed away from leukemia, so this is a night for us where we’re thinking about Craig, we’re thinking about Nate and we’re trying to do our part to help.”

Another reason to be on #WarriorsGround tmrw: All fans attending our Opening Night game will receive this #SagerStrong T-shirt! pic.twitter.com/3DusUPsYN2

“He’s somebody who’s endured more than I can even imagine,” Spurs coach Gregg Popovich said. “All the treatment he’s gone through and it seems to go up and down and up and down. He’s high and then he’s dejected because of what’s going on with his health. He’s been through it all and he still smiles, he still jokes, he’s still got a great sense of humor, you can still talk to him about anything. He’s just an iconic and a weird and wonderful guy all at the same time, and I mean that lovingly.”

Sager won’t be working for a while, but his son provided an update on his health last week, saying his father had spent “his first night out of the hospital in 85 days!”

Someone just got cleared to spend his first night out of the hospital in 85 days! Make it a good one Cubs 🙏 pic.twitter.com/KEgJ54nHFG

The Warriors also held a moment of silence for Thurmond when Team USA played China at Oracle as part of a pre-Olympic tour. Tuesday, the team played a video during a first-quarter timeout that honored the career and legacy of the popular community ambassador.

The Warriors will next visit the New Orleans Pelicans on Friday, while the Spurs will visit the Sacramento Kings on Thursday night.