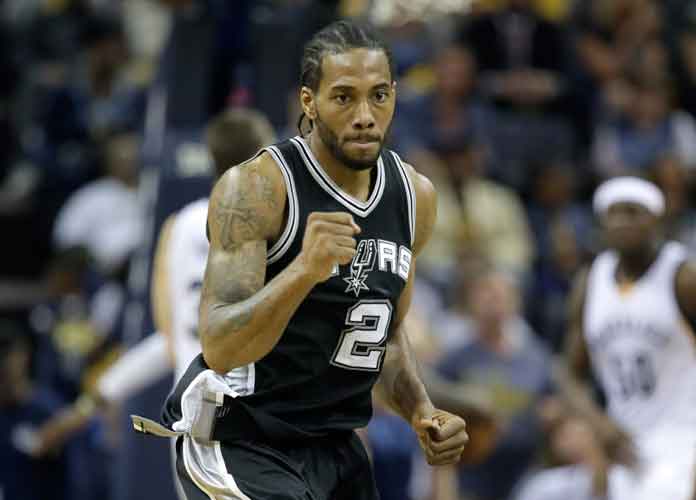 The San Antonio Spurs have announced they will hold out Kawhi Leonard for an “indefinite period,” as the All-Star forward continues to suffer from a lingering quadriceps injury.

Leonard, 26, missed the first 27 games of the season. Coach Gregg Popovich initially dismissed the notion that Leonard could be out for the rest of the season due to the tendinopathy in his right quadriceps. He called the decision to shut down Leonard “conservative.”

“You’ve got to be confident in your body to go out there and play at the level that he’s expected to play,” the coach said. “… We didn’t feel he was ready; his confidence level wasn’t there, so we just decided to give it some more time.”

Leonard, a two-time NBA Defensive Player of the Year, has appeared in just nine games this season, as the Spurs have done as much as they can to ensure his full recovery from a condition that causes pain and weakness in his knee.

Despite playing just 23.3 minutes per game, the 26-year-old Leonard was averaging 16.2 points, 4.7 rebounds and two assists.

Following Wednesday’s 100-95 victory over the Brooklyn Nets, San Antonio is now 25-12 without Leonard. The Spurs are 30-16 overall and third in the Western Conference.

The Spurs were also missing Rudy Gay (heel) and Manu Ginobili (groin) against Brooklyn. San Antonio star LaMarcus Aldridge reiterated Popovich’s thoughts about the importance of health, and said both he and Leonard have to be at their strongest in order for the Spurs to survive.

“For us to go where we want to go, we both have to play well,” Aldridge told ESPN. “Golden State is a prime example, Houston with James Harden and Chris Paul. It’s not impossible to coexist. I feel like I’m playing more confident, I’m playing better this year, where it’s not going to be an issue. When he’s back 100 percent, he’s going to be who he was and I’m going to be who I am. I feel like that’s going to make us better down the stretch.”

Leonard averaged career highs in points (25.5) and assists (3.5) last season, while also averaging 1.8 steals. Before a game against the Dallas Mavericks on Dec. 12, the two-time All-Star hadn’t played since Game 1 of last season’s Western Conference Finals. He missed the rest of that series with a sprained ankle.

The Spurs next visit Toronto on Friday night.

MEMPHIS, TN – APRIL 22: Kawhi Leonard #2 of the San Antonio Spurs pumps his fist after making a three point shot against the Memphis Grizzlies in game four of the Western Conference Quarterfinals during the 2017 NBA Playoffs at FedExForum on April 22, 2017 in Memphis, Tennessee. (Photo by Andy Lyons/Getty Images)