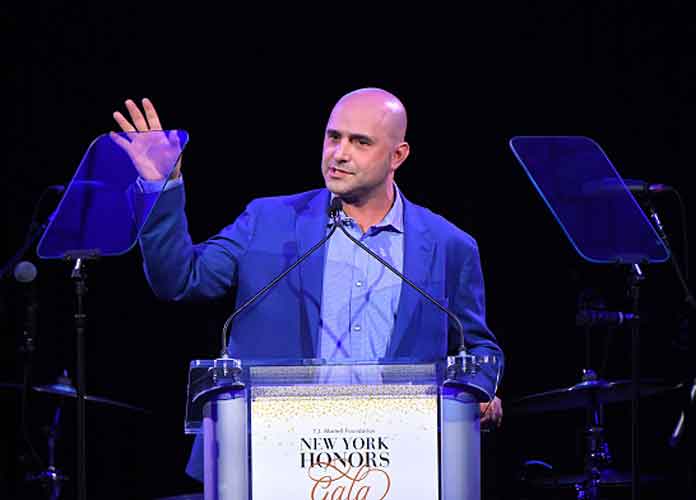 Craig Carton, one of the two hosts of New York morning sports-radio program “Boomer & Carton” on WFAN, was arrested by the FBI on Wednesday morning on charges that he helped plot a multi-million-dollar ticket-reselling Ponzi scheme.

Federal prosecutors in Manhattan accused 48-year-old Carton and another man of orchestrating a scam in which they asked for investments from firms and individuals — including a Manhattan hedge fund — whom the two defendants admitted to using to buy and sell concert tickets. The money was instead used to pay personal debts and earlier investors.

Carton, a New York native, has been charged with securities fraud, and conspiracy to commit these two offenses, per a criminal complaint filed in Federal District Court in Manhattan.

The radio host initiated the scheme last year around the time he had accrued millions of dollars in gambling debts to casinos and other parties, according to a civil complaint the Securities and Exchange Commission filed on Wednesday.

“I just want people know out there that I’ve loved my partner for 10 years and I still love my partner,” Esiason said on “Boomer and Carton.” Former New York Giants quarterback Phil Simms joined him as an emergency substitute. “I loved his family, loved his kids and I am praying every single day that, you know, he lands on his feet. There’s nothing worse than having a family going through what they have to go through,” Esiason told his listeners. Esiason added how shocked he was to learn of Carton’s arrest.

However, Esiason vowed his show would go on without Carton.

“We’ll continue to do it and I’m gonna bring my friends here to find a permanent replacement – if, in fact, that’s where this is going to take us,” he said Thursday. “At the end of the day we have four hours here WFAN, a great place to work with great people. It was like a morgue around here yesterday.”

Meli was previously charged in January for defrauding investors of millions of dollars in a similar scam involving the resale of tickets to the popular Broadway musical Hamilton” and other well-known events. Meli pleaded not guilty to those charges.

Before Carton and Esiason replaced host Don Imus in 2007, the decision to put the former on the show drew strong reactions from fans. By that point, Carton had been known for making controversial statements on his previous show, “The Jersey Guys,” an afternoon talk show in Trenton, New Jersey. Carton also became known in recent years for mocking WFAN’s other major sports radio host, Mike Francesa. Francesa previously served as co-host of sports radio show “Mike and the Mad Dog” along with Chris Russo from 1989 to 2008.

William F. Sweeney Jr. — the head of the F.B.I.’s New York office — added that the two men tried to “pay off investors with money that would eventually become future debt.”

Carton and Wright were each ordered released on $500,000 bond by a federal magistrate judge, Andrew J. Peck.

Mr. Wright’s lawyer, Jonathan Davidoff, said on Wednesday that his client denied “any involvement in any criminal activity” and looked forward to “his innocence being established.”

Authorities did not name the hedge fund that provided funds to Carton to resell the tickets for large profits.