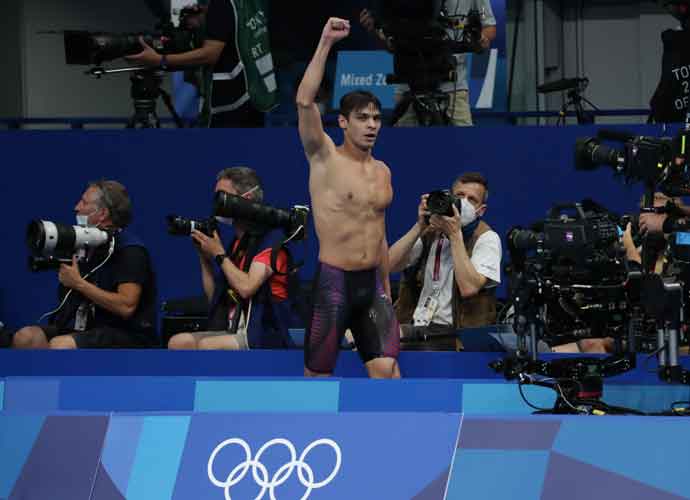 The 25-year-old won gold in the 100- and 200-meter backstroke at last year’s Tokyo Games, and he was one of the eight Russian athletes who appeared on stage at a Moscow rally last week; the rally was to celebrate the eighth year of Russia’s dubious annexation of Crimea.

“Following his attendance at the Luzhniki Stadium in Moscow at the weekend, Speedo can confirm that it has terminated the sponsorship of Evgeny Rylov with immediate effect,” the swimwear maker said.

“We condemn the war in Ukraine in the strongest possible way and stand in solidarity with the people of Ukraine, our athletes, and our teammates who have been impacted by the conflict.

“As part of this decision, any outstanding sponsorship fees will be donated to the United Nations High Commissioner for Refugees.”

Rylov wore his Olympic medals at the rally as well as the letter Z—a mark used by Russians to show their support for the war—on his clothes.

The International Swimming Federation (FINA) said in a statement: “FINA is deeply disappointed to note the reports regarding Evgeny Rylov’s appearance at the Luzhniki Stadium during Friday’s rally. We are investigating the matter further.”