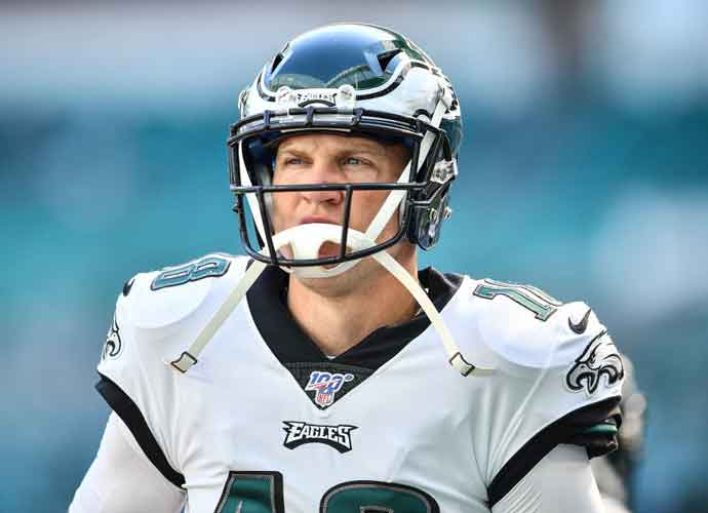 Should Each NFL Division Winner Be Awarded Playoff Home Games?

In a season where teams have shined, winning 11-12 games, the debate has emerged over whether every division winner should host a playoff game.

Let’s use the Eagles and Cowboys as an example. The two faced off over the weekend, both entering the game at 7-7. An Eagles win, put them at 8-7 and the Cowboys at 7-8, respectively. One of these teams will win the NFC East division, but who is still the question.

The Eagles need to beat the Giants in the last game of the regular season, a team that is very much beatable, but who gave Philadelphia an overtime fight just two weeks ago. Or the Cowboys have to lose to Washington.

So, the winner of the division will be either an 8-8 Cowboys team, or a 9-7 Eagles team. Whoever it is, they will host a playoff game against a team who has those 11-12 wins.

The outrage comes in an era of fairness and the desire for everything to work out perfectly. But it can’t be perfect and it won’t be fair.

NFL owners believe the title should mean something and carry a reward. And an argument to go with that is, yes, home field advantage can be a deciding factor in a game, especially a close one. But if a team is that much better, then the thought is they would march into Philadelphia or Dallas, clean up shop, and continue to the second round.

Teams play each of the other teams in the division twice and the other 10 games rotate based on various rotations, so there should be some importance to winning a division title, especially with the fact that teams build their roster based off winning divisions in hopes of continuing on a path to the postseason.

Whether or not people are overreacting to this doesn’t really matter, because as said before, NFL owners will never go for it.