Sharks Crushed By Golden Knights 7-0 In Game 1 Of Round 2 For Team's Worst Playoff Loss Since 1995 [VIDEO] - uSports.org 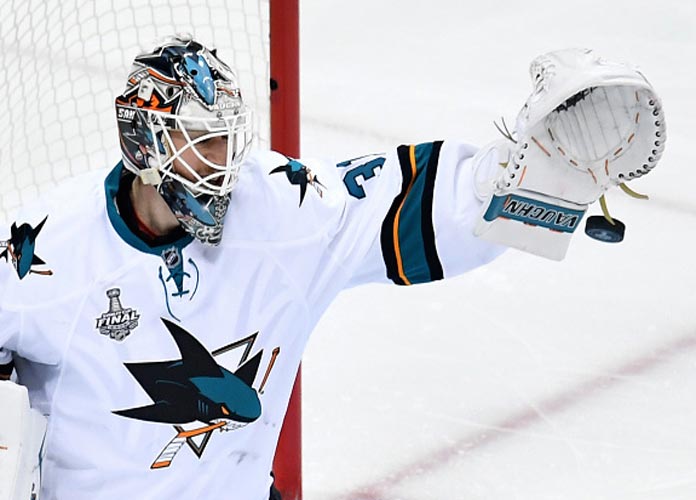 The Vegas Golden Knights defeated San Jose 7-0 in the opening game of the second round of the Western Conference playoffs on Thursday night to hand the Sharks one of their most brutal postseason defeats in recent history.

The Sharks’ defeat at T-Mobile Arena marked their worst playoff loss since May 1995, when they fell to the Calgary Flames 9-2 in Game 3 of the Western Conference Quarterfinals.

San Jose swept the Anaheim Ducks inn the first round of the Stanley Cup Playoffs, and gave up just four goals in those four games. Goalie Martin Jones also allowed four goals on Thursday in the first 11:43 of the matchup.

Jones finished with eight saves on Thursday and backup Aaron Dell eventually replaced him 3:28 into the second period after Knights defenseman Shea Theodore put the hosts up 5-0.

“Sometimes you need a save just to settle things down,” Jones said, per NHL.com. “Just didn’t come up with it tonight.”

“We haven’t played in a week,” DeBoer stated. “I didn’t want him coming out. He needs some action. He couldn’t do much on those goals. That was on us, as a group. It wasn’t on him.”

In Game 3 of the first-round series, the Sharks routed the Ducks 8-1 in San Jose. Anaheim fell apart in the third period and drew several penalties.

On Thursday, it was San Jose that lost its cool in the contest. Sharks forward Evander Kane earned himself a five-minute major and an automatic game misconduct just 3:25 into the final period after he cross-checked Vegas forward Pierre-Edouard Bellemare.

Game 2 will be held Saturday at 8pm EST in Las Vegas.