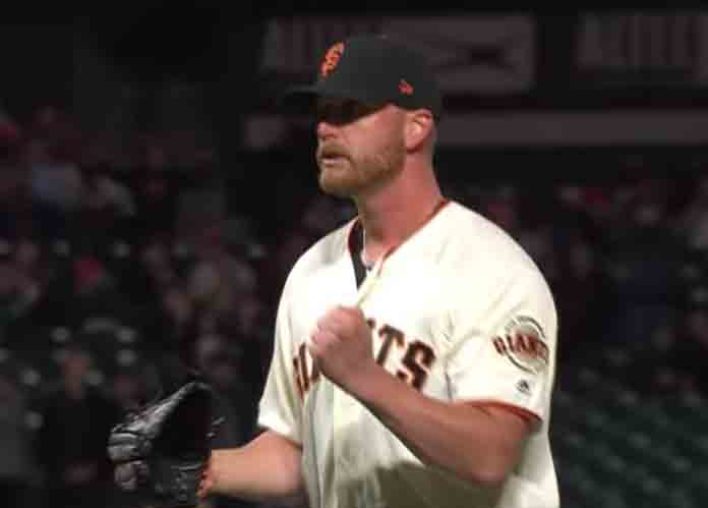 San Francisco Giants manager Gabe Kapler along with four other players took a knee and put their hands on each other’s shoulders during the national anthem before a preseason game against the Oakland Athletics. This does not come as a surprise given the racial tension and resurgence of the Black Lives Matter movement in the United States over the past few months. What did come as a surprise though is that they didn’t wait for opening day where there would be a much larger audience.

It is expected that when the MLB 60-game season begins on Thursday that there will be protests around the league that will help raise awareness for the BLM movement and it appears as though they have the support of the league when the MLB’s official Twitter responded to a fan criticizing the kneeling, “It has never been about the military or the flag. The players and coaches are using their platforms to peacefully protest.”

This is a refreshing departure from the usual business model that professional sports leagues used to take towards political matters epitomized by Michael Jordan‘s famous quote “Republicans buy sneakers, too.” Where they used to stay out of political matters and encourage their players to do so as well, now we are seeing a shift where these leagues refuse bow down to angry guys on Twitter who don’t understand why these players feel the need to protest the systematic racial injustice that still plagues this country.

Some of these protests may see a dip in numbers, but I doubt that for a couple of reasons. One: there haven’t been any sports in four months and that means that there will be a lot more casual fans that are very hungry to see any kind of competitive sport. Second, I don’t think any person sensitive enough to boycott a sport because the players of a sport disagree with their political views have the moral constitution to be a serious fan of something with such high variability as sports.