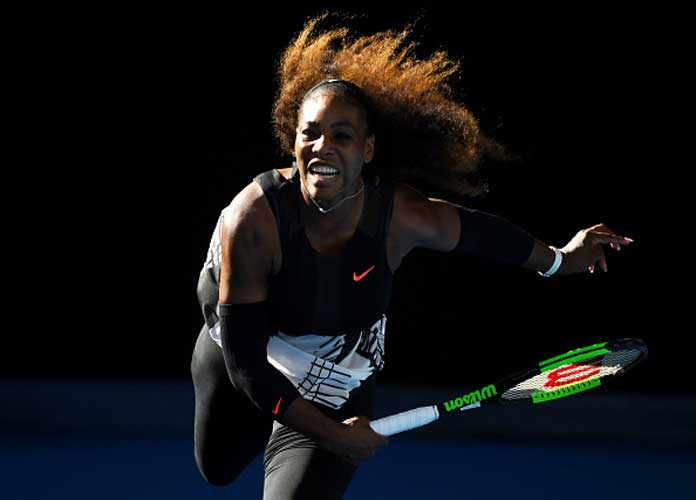 In what was supposed to be the final match of her illustrious career, Serena Williams pulled off a massive upset in the second round of the U.S. Open Wednesday night.

By defeating Anett Kontaveit, currently ranked second in the world in women’s singles competition, in three sets, Williams has bought herself at least one more match in a run that could become legendary.

Serena, surprised at her level? 😏 pic.twitter.com/QP41An73FE

Because of her 23 Grand Slam titles, Williams is not the sort of player many would consider an underdog, but the magnitude of her victory against Kontaveit cannot be understated.

Williams’ last Grand Slam tournament victory came in 2017, and going into her second-round U.S. Open matchup, she had only played in five matches in 2022.

Before the tournament began, Williams announced her retirement on Aug. 9 and said that the U.S. Open would be her last appearance in professional tennis. A loss at any point now will end her career.

Many suspected that it would all come to a close against Kontaveit, with celebrities like Tiger Woods, Spike Lee, Zendaya and many more in attendance likely prepared to send off the greatest player in the history of her sport in style.

Instead, the record crowd of nearly 30,000 at Arthur Ashe Stadium saw a battle from the opening serve, as Williams fought voraciously to seize a competitive first set before coming back to take the third in commanding fashion and win.

The victory stops the clock for now but the road ahead is long. In a 10-round tournament, it’s easy for Williams’ fans to dream of a return to the U.S. Open Finals following her shocking upset win. Her potential run is already drawing comparisons to Woods’ return to glory in the 2019 Masters – and it hasn’t even happened yet. But for the 40-year-old legend, enjoying the moment after the match was what mattered.

“It’s no rush here,” Williams said in an interview after the match. “I’m loving this crowd. Oh my goodness. It’s really fantastic. So there’s a little left in me.”

At another point in her interview, the on-court reporter asked Williams if she was surprised at her performance against Kontaveit, and the improbable winner’s reaction told the story better than any eloquent response. She laughed. Then she replied, ”I’m just Serena.”

Williams’ next match will be against 29-year-old Australian-Croatian player Ajla Tomljanovic on Friday.

Once 50-1 to win the tournament, Williams is now one of the favorites and may not have to face another ranked player until the fifth round.