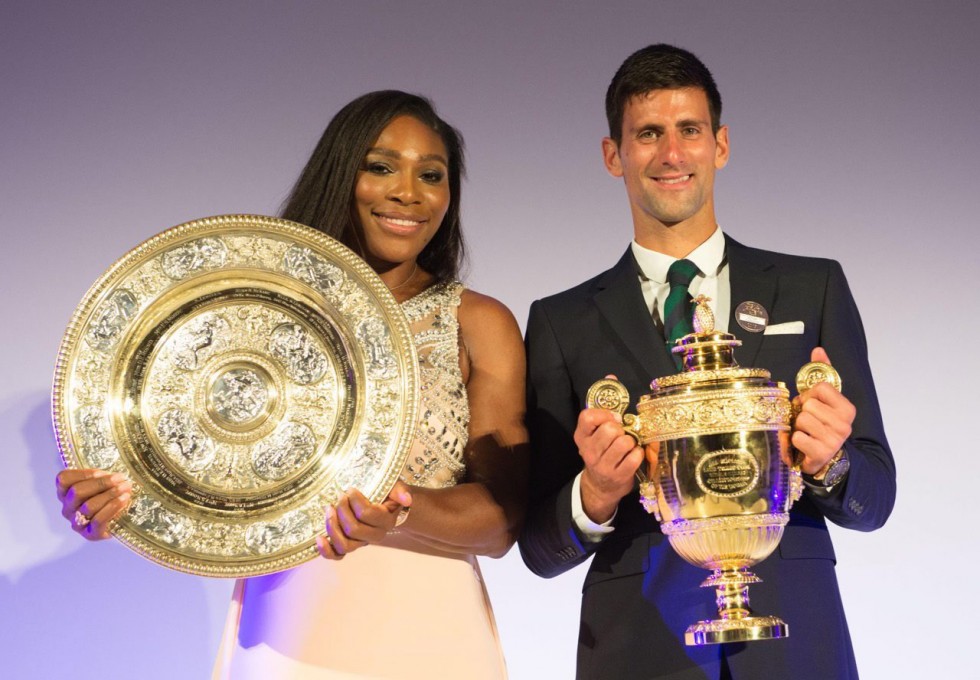 Williams took down Garbine Muguruza of Spain in straight sets to win the title, but faced a stiff test from Muguruza in the process. Both sets finished 6-4, with Muguruza rallying to make things difficult for Serena to close things out. In the end, Williams was able to pull off the “Serena Slam,” as she won her fourth straight Grand Slam tournament and has not lost a match since the third round of last year’s Wimbledon tournament. It’s also her sixth championship at Wimbledon. Serena will have a shot at completing the single-season Grand Slam at next month’s U.S. Open in New York.

On the men’s side it was another clash of titans as Djokovic squared off against Roger Federer. After splitting a pair of tiebreaks in the first two sets, including a 12-10 tiebreak won by Federer in the 2nd set, Djokovic pulled away to win the match in four sets. The final two sets finished 6-4 and 6-3 to Djokovic’s advantage. The championship is Djokovic’s second straight on the grass courts of Wimbledon. Federer was unable to add to his collection of seven Wimbledon championships, but looked strong once again throughout the tournament.

The championships add on to an already storied legacy for both Serena Williams and Novak Djokovic. Djokovic continues to climb up the ranks among the best men’s tennis players of all-time, now surpassing players like Andre Agassi on the career grand slam leaderboard. Serena continues to blaze her own trail, as she now has as many grand slam championships as the rest of the WTA tour combined at 21. All eyes will be on the both of them as they look to continue to make history at the U.S. Open in a month’s time.

Read more about:
Novak Djokovic Serena Williams Tennis Wimbledon
Listen to the uInterview Podcast!
Get the most-revealing celebrity conversations with the uInterview podcast!