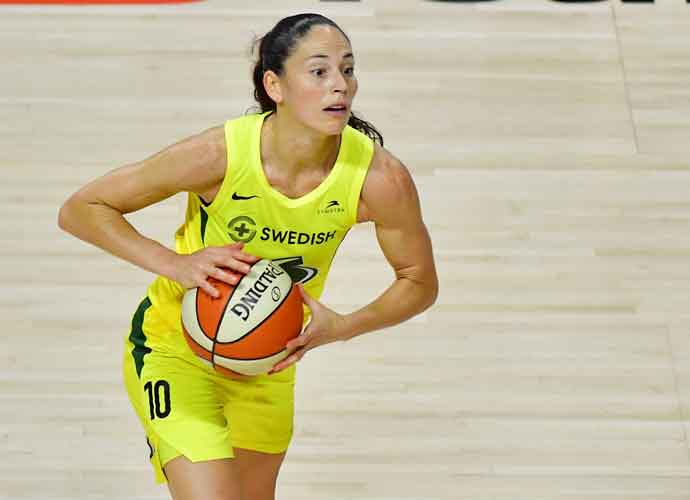 For Seattle Storm star Sue Bird, a special ring ceremony before her final regular season home game Sunday afternoon only told part of the story. Seattle Mayor Bruce Harrell‘s announcement declaring Aug. 7 “Sue Bird Day” surely meant something as well, but it too served as a tangential detail. As the WNBA legend faces the end of her 17-year career, a sold-out crowd in the Climate Pledge Arena and a single flower from a young fan make her impact clear.

In a sold out arena, Sue Bird is honored before her final regular season home game in Seattle 💐#MoreThan pic.twitter.com/tGCuWHwBqV

The Mariners cruised to a 6-3 victory over the Angels and the Seahawks and Kraken haven’t played in months, but Sunday was nevertheless an important day for sports in Seattle. For the first time in the history of the Seattle Storm, the team’s arena earned a capacity crowd of 13,500 for Bird’s final home game in the regular season. After 19 seasons with the team between 2002 and 2022, the four-time WNBA champion received a thunderous ovation.

Proud to proclaim today "Sue Bird Day" in honor of @S10Bird's final regular season home game. Throughout her career in Seattle, Sue has set the example for what it means to be an athlete and a leader – becoming a fixture not just in the record books, but also in our communities. pic.twitter.com/HCN1nhrr2I

“Right now, I just want to say from the bottom of my heart how thankful I am, not only for today and all of you showing up and supporting us, but for 21 years. You all supported me from the start,” Bird said during the pre-game ceremony.

In the first quarter of the Storm’s game against the Las Vegas Aces, a young girl handed Bird a flower while the guard waited for the ball before an inbound pass. Though Bird had to ask the fan to hold on to the flower, as she quickly had to return to the game, she recognized the gesture as a special one after the game.

“That was the sweetest. She was so cute. I understood that she was like showing me the flower and that it was for me,” Bird said. “And then I was like, ‘Oh, can you just hold this just for a second until I’m done?’”

In spite of the emotional farewell going into the game, the Aces went on to defeat the Storm 89-81, a loss Bird was disappointed by but nevertheless accepted philosophically. With the Storm certain to make the playoffs this year, it’s likely that she has not played her final game in the arena, and the opportunity for a more redemptive farewell is well within reach.

After 19 seasons in the WNBA, Bird has appeared in the All-Star Game 12 times and leads the league in career assists, minutes played and games played. As a member of the U.S. national team, she has won five gold medals at the Olympics.